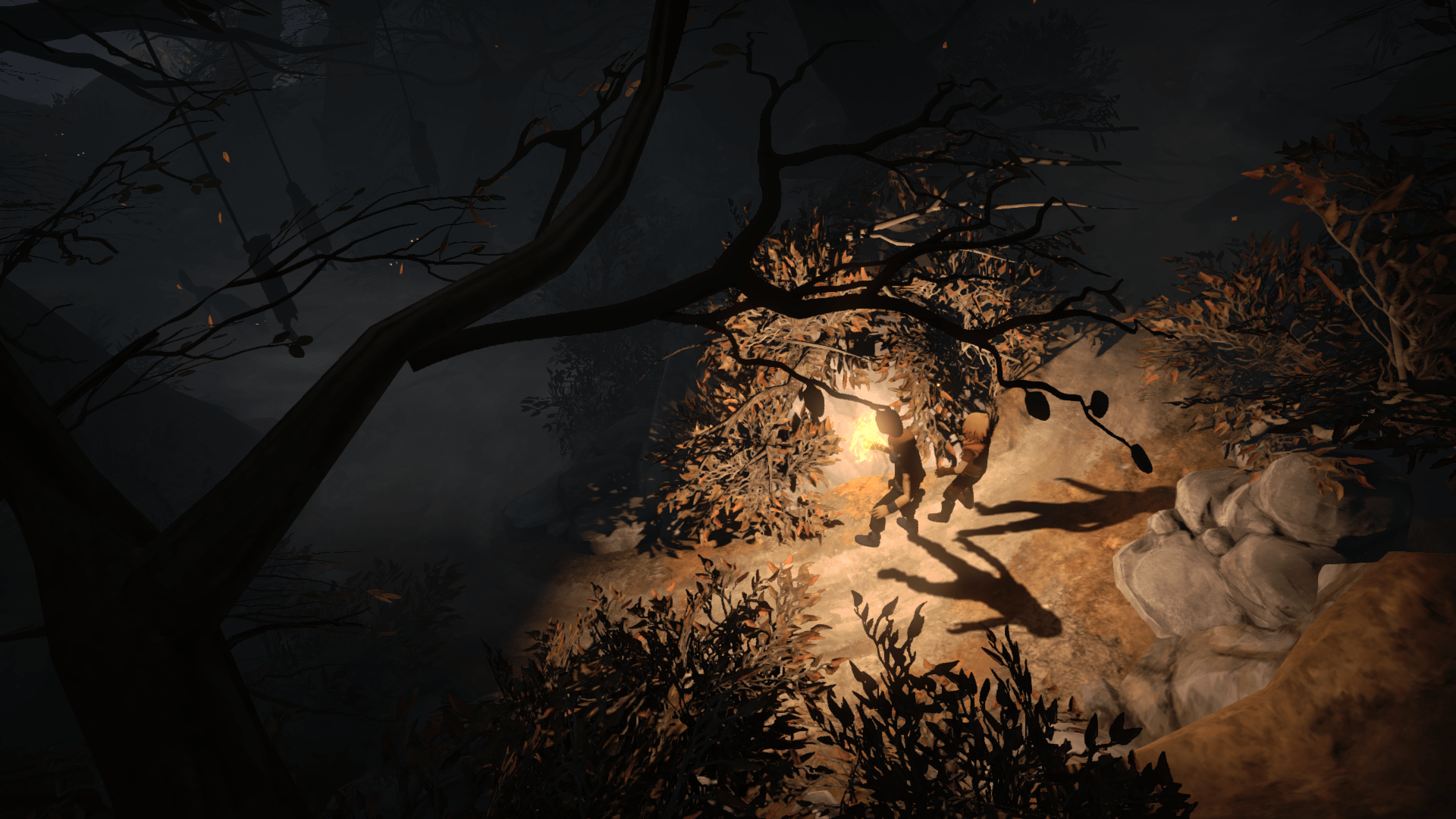 2013 saw many splendid games be released. These are a few of my personal highlights from the year in gaming. 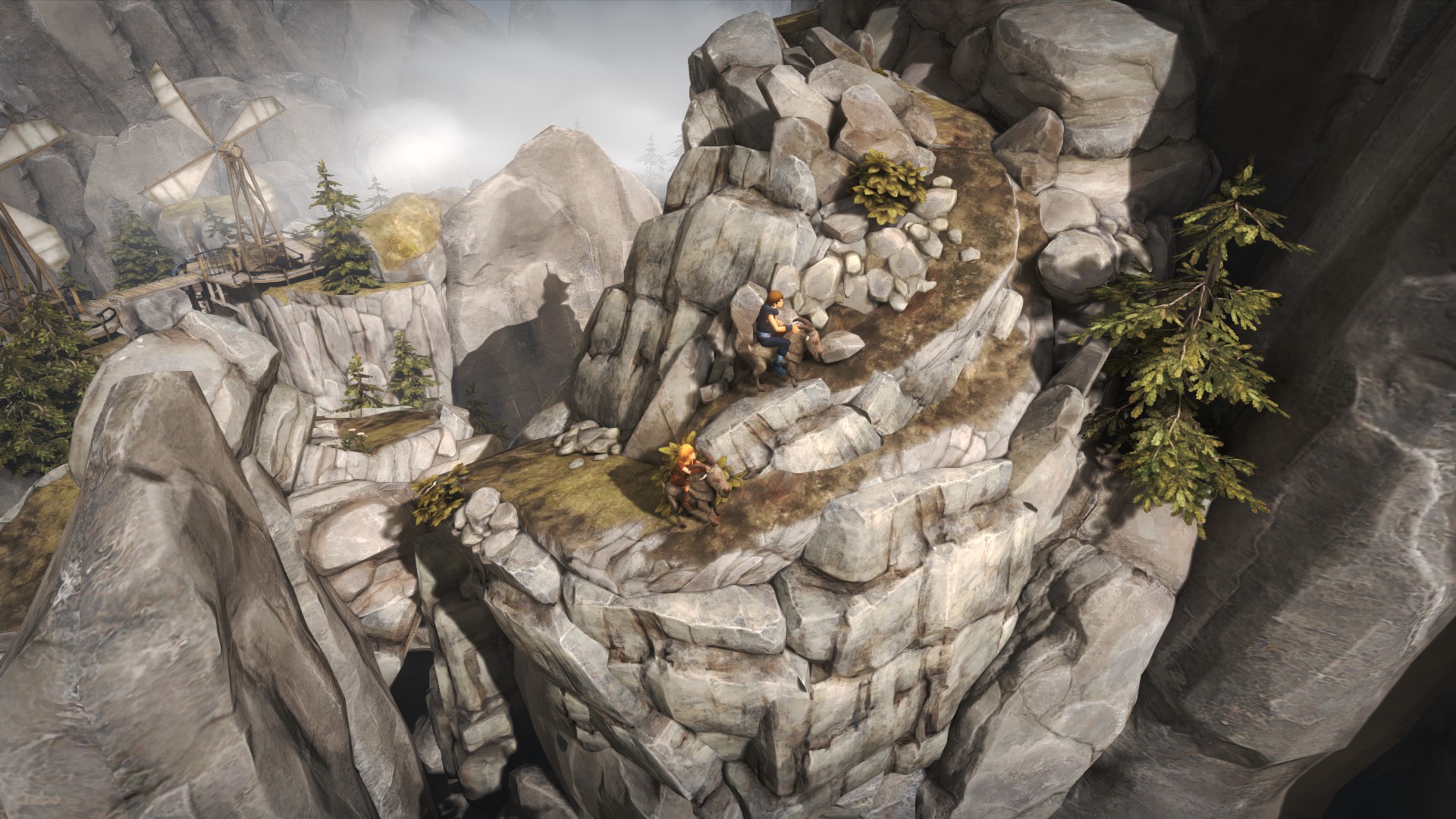 A game that at first blush seemed to be nothing more than beautiful scenery, an interesting control mechanic and a shallow, but charming, story quickly developed into one of the most emotionally resonant and environmentally creative games I have played. While controlling both brothers led to the occasionally quirky puzzle, the narrative impact felt in the final stretch of the game solidified it as essential for me. Brothers managed to achieve what most of it’s peers have not: using the gameplay itself to further it’s narrative. Combined with a briskly paced sense of adventure that never sacrifices the grandeur, Brothers is one that has stayed with me all year long. 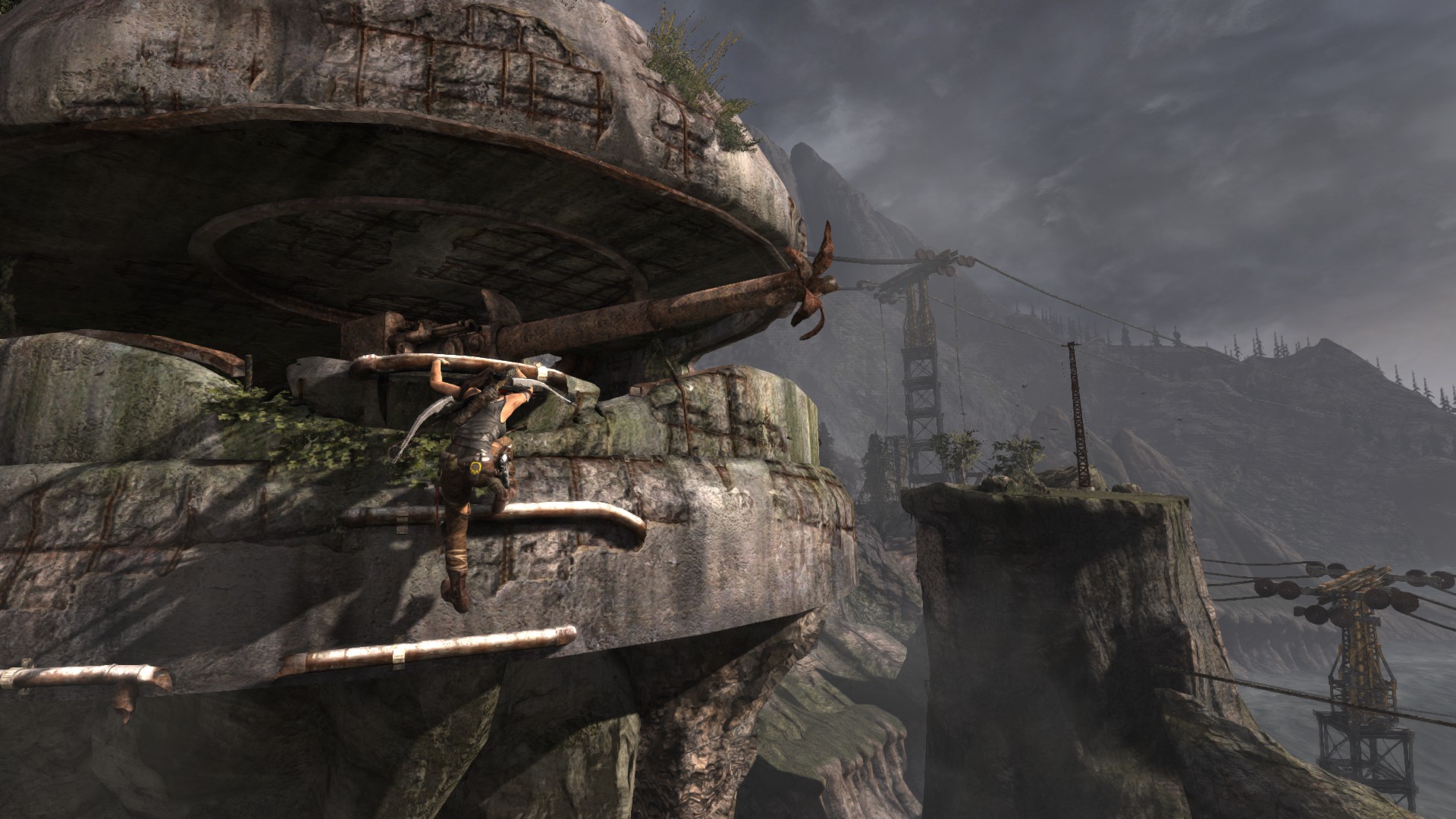 Tomb Raider might be my favorite “video game” of the year. Traversing the environment, shootin’ guns, grabbing collectables, cutscenes… it has a little bit of everything. It does fall prey to the hurdles modern games bump up against: linearity and quicktime events run rampant throughout, and the kill count reaches a new level of absurdity when considering Lara’s humble beginnings. And while I was very aware of this, I didn’t seem to mind. Tomb Raider landed at the right time of year for me where I was really up for an adventure. For every set piece moment that failed to fully land, there were prolonged hours of sandbox levels that absolutely did. As the upgrades progressed, traversal became increasingly novel, giving me reasons to go back and scour for collectables and hidden tombs. Not since the Batman: Arkham Asylum have I embraced and enjoyed the “gaminess” of a game this much. Tone is important in creating an experience. It sets expectations and mood for us as an audience, and helps to add a foundation for us to understand. Last of Us is a master class in how to do this right. Setting, characters, plot, music and gameplay all reinforce and build upon each other. A post-outbreak America is hauntingly realized, and serves as the catalyst for main characters Joel and Ellie to come into each other’s lives. The journey that their relationship takes over the game is one of the most realistic I have seen yet in the medium. The main character’s arcs are subdued, and show that often in real life, growth is a subjective thing, where simply understanding one another is the real accomplishment. The scenery was sparsely lush, combat was tiresome at times and always brutal, but the pacing never failed to impress. I’m always grateful when a game lets me simply traverse the world for long periods of time, giving me time to reflect on past, present and future. 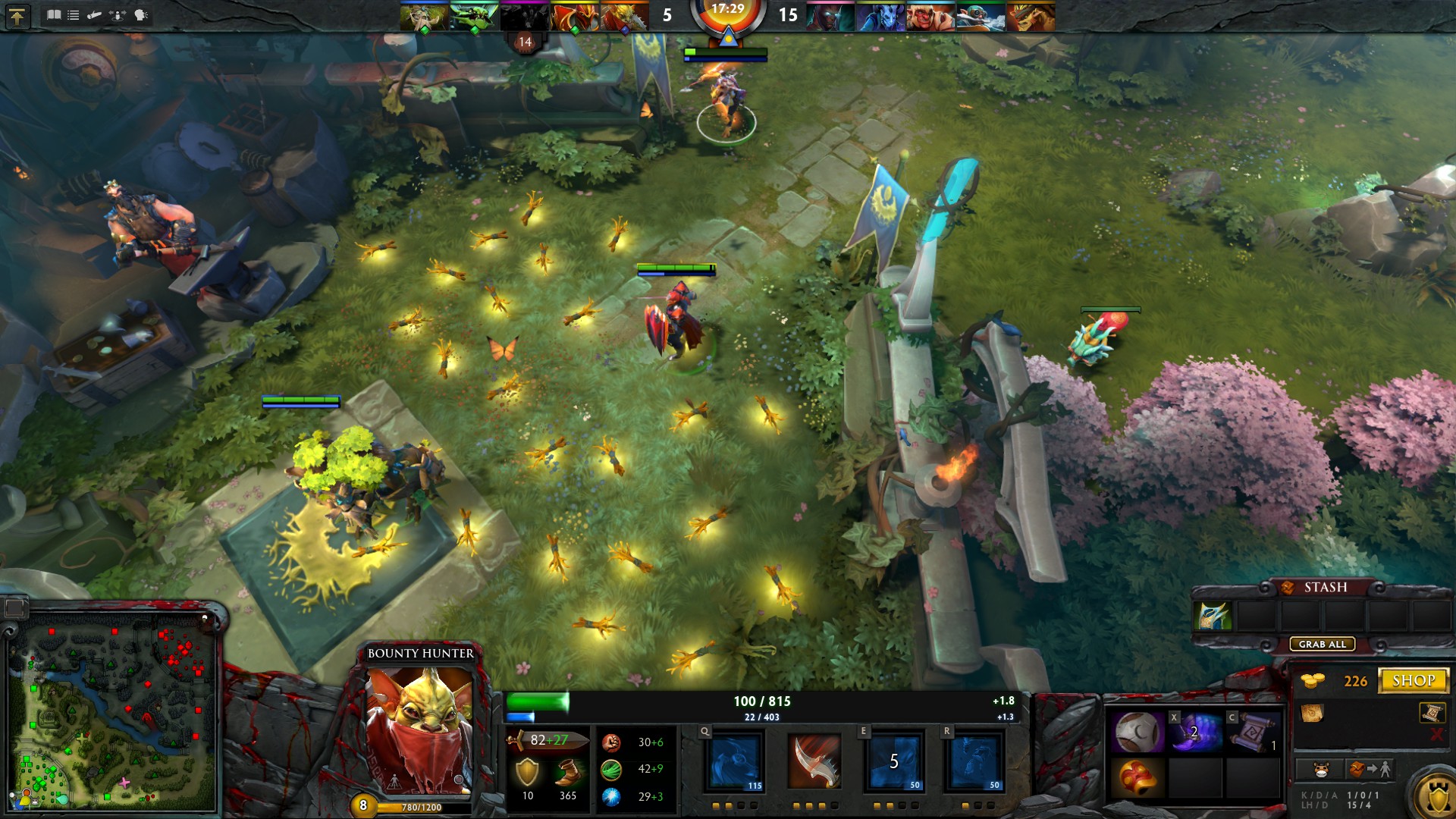 Dota 2 wins my most compulsive gaming habit of the year. No other game made me want to put all other things aside as much as Dota 2 did. The gameplay loop is immediately satisfying, allowing you to go from weakling to God in a scant 20 minutes. This RPG-on-speed element is where I find my enjoyment. Gaining levels, choosing skills and equipping gameplay relevant loot is what kept me coming back to all my favorite NES and SNES rpgs in years past. Having never really liked competitive gaming, the majority of my 100+ hours spent in Dota 2 this year were in bot matches, playing with my siblings. This allowed for us to safely sample all of the characters, and begin to feel a sense of ownership and mastery for a handful. Charming characters and a robust spectating community rounded out one of my favorite multiplayer games ever. 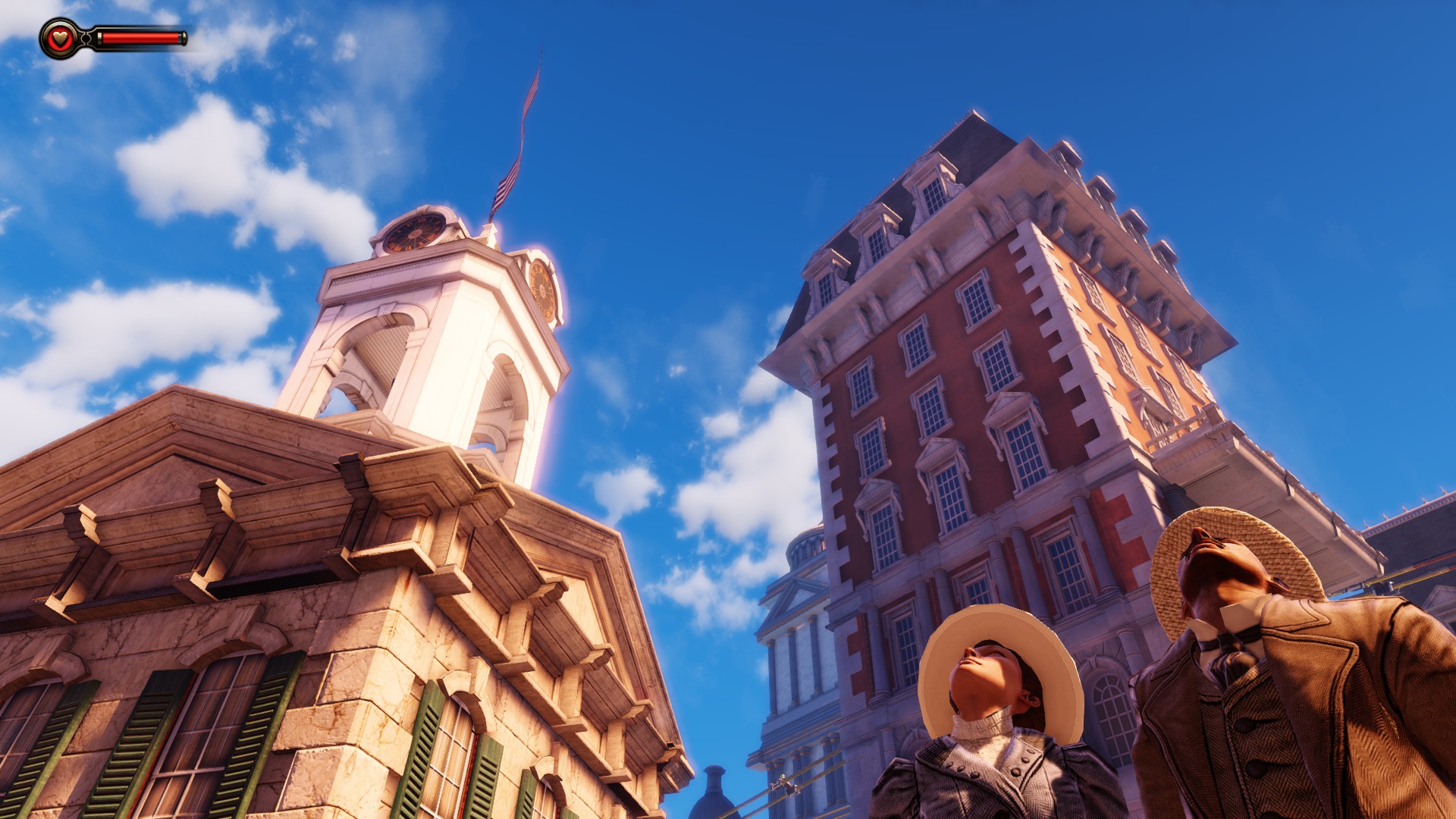 The environment in which a game let’s me explore is one of the most enjoyable aspects of gaming for me. A game that carefully crafts believable sights and sounds, while littering small details for me to discover, rank among some of my most memorable games. This is where Bioshock Infinite truly shines. Small shops are littered with trinkets, back alleys contain propaganda both for and against the Comstock regime, and characters converse while enjoying the pleasantries of Columbia, turning a blind eye to what I as a newcomer can see as a thinly veiled farce. Columbia itself was the character is spent the most time enjoying, with the Booker and Elisabeth story popping up here and there to demand my interest, but never for long. The combat is fun at times, serviceable throughout, and on occasion, poor (I’m looking at you, final blimp-defense…). Considering the length of the game, I suppose it shouldn’t be a surprise it’s pacing wasn’t quite what I wanted it to be, but I would be lying if I said I wasn’t fully invested in what Infinite had to offer me this year.

The Legend of Zelda: A Link Between Worlds

The Legend of Zelda: A Link to the Past is one of my favorite games. It was a defining moment in my memory as an example of just how effective the gaming medium could be in conveying a true sense of adventure. Exploring the open fields and forests of Hyrule, digging around for every secret I could find, have long since been replaced for me by the Skyrim’s and Far Cry’s of the world. Recent handheld iterations of Zelda have left me moving from disappointed towards apathetic, while the big-brother iterations have been mildly enjoyable games that suffer from terrible pacing issues and the all too common Nintendo problem of “helping” far too often. There was a chance that I was never going to play this game, but a direct sequel to one of my favorite games of all time demanded my attention.

A Link Between Worlds allowed me to reconcile a lot of issues I have had with the franchise, all within the game itself. A non-linear approach to tackling dungeons was a major factor. This allowed me to have a sense of agency within the game, however limited it actually was. Choosing where to go next, what items to bring, and how high the stakes would be if i died was a breath of fresh air into the rigid design of recent games. Subtler, but more appreciated, was the fact that the playground area before a major dungeon was incorporated into the over world itself, giving the game a sense connected expansiveness not seen in generations. These small additions, which gave me a taste of what I have been missing for years in Zelda, allowed me to move on from my personal disappointments, to enjoy the aspects of the series that have remained strong. Tight controls, attractive visuals, and some of the most inventive level design in gaming. A Link Between Worlds  has reinvigorated my affection for Zelda. 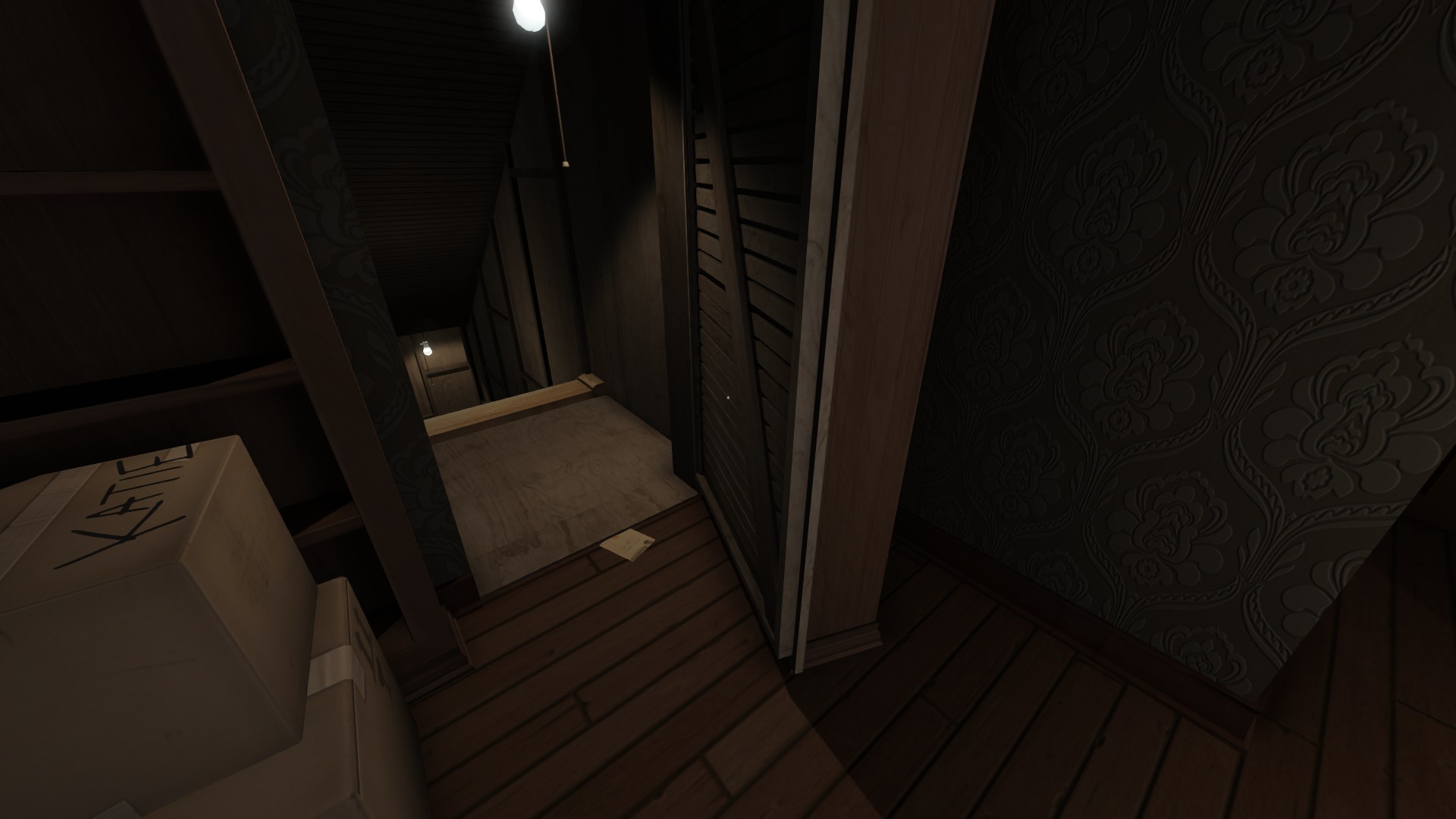 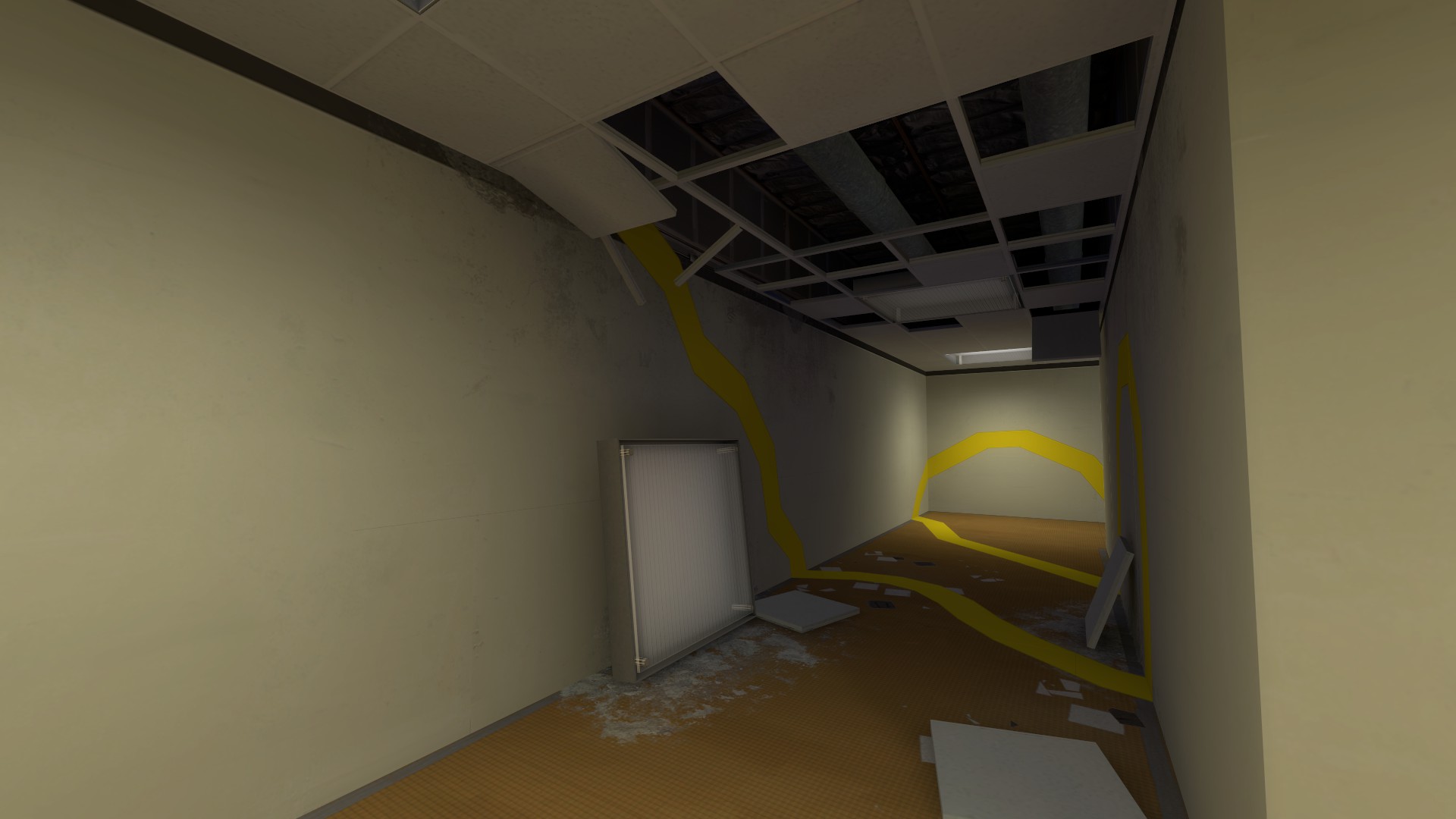 Gone Home and The Stanley Parable were played back to back, in the same sitting, in the same day. I have a hard time separating the two in my mind, so they are included here as one. Both of these games challenge the definitions and boundaries of what we expect games to offer, and what the medium has the potential to be. Neither has a traditionally defined “win” or “fail” state. The experience of playing the game is wholly unique.

Gone Home uses the familiar trope of searching an environment for items and hidden secrets as it’s main gameplay hook. The house is completely open, and yours to move through and experience at your own pace. While the voyeuristic nature of rooting through your family’s belongings had me feeling uneasy at times, the attention to detail and story contained within were laudable. Experiencing an older sibling returning from being away at school, to discover that their family has continued to live their lives, separate from your knowledge or influence was relatable. While on the face of it Sam’s arc is one of the more trodden tales of teen love, the deliberately segmented reveal, along with the superb voice acting, really helped to move me. It also has hidden passages, which creeps me out to no end.

The Stanley Parable is a wonderful conundrum. A game that shines a light on just how rigid, scripted and predetermined games really are… by being a rigid, scripted predetermined game. This is a game about the true nature of “choice” in gaming. You make choices all the time; an ending here, a deviation there, a few dozen buttons to press somewhere. All choices made moot by the fact that they have to be foreseen, constructed and programmed by someone other than you. There is a finite number of insane endings, a limited supply of hilarious commentary, and the realization that even “breaking” the game is, simply by the nature of this medium, still playing. This is a game that should be played by everyone. 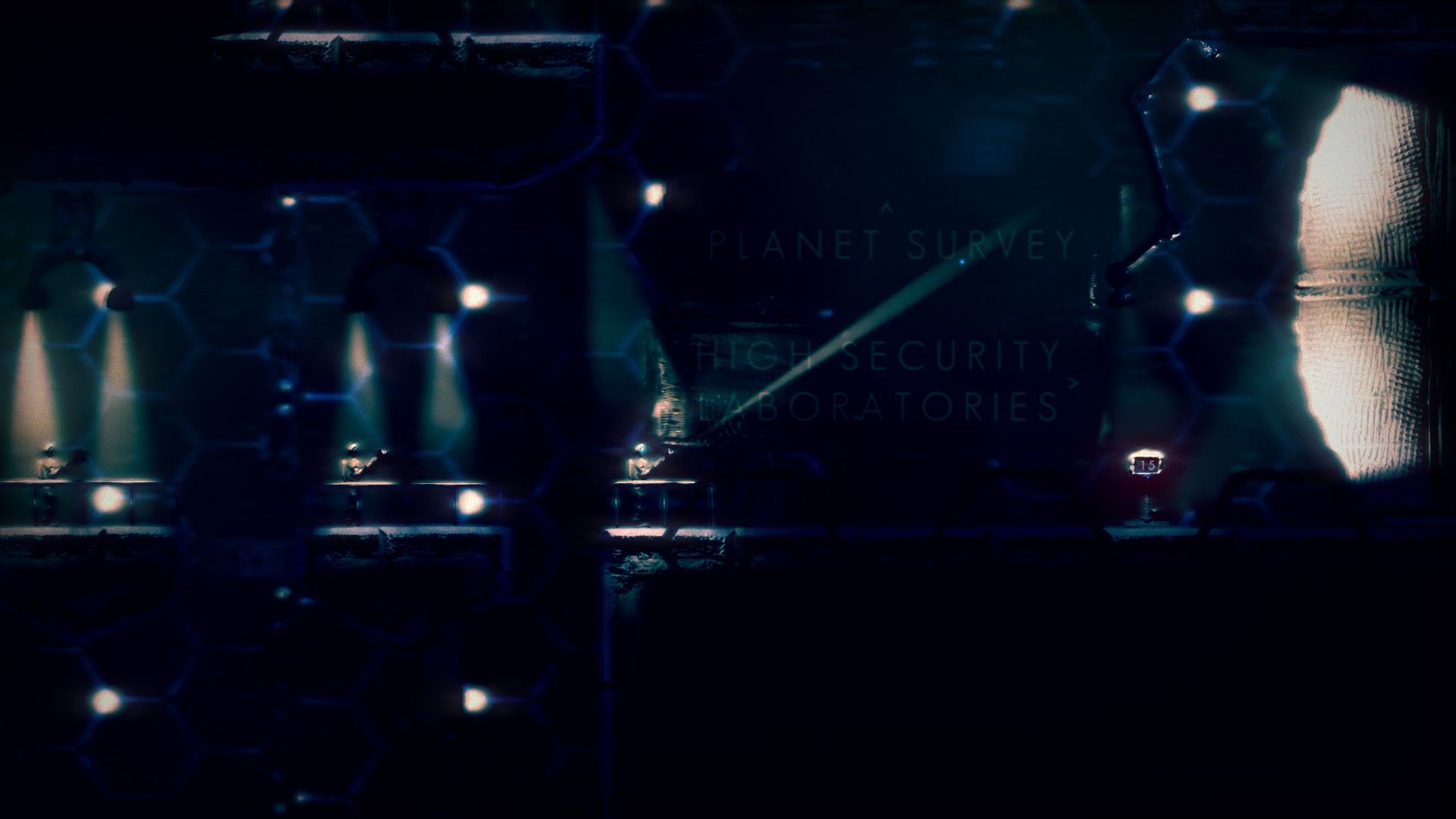 One of the greatest strengths of a smaller game is it gives an audience the ability to enjoy your work without demanding too much from it. The Swapper made a strong first impression. The visuals are strikingly unique, feeling incredible textured and tangible. The music and soundscape is scant and haunting, helping to form a dense atmosphere. The gameplay possibilities of using clones of yourself ad infinitum ended up surpassing my hopes of it’s effect on the story. While some puzzles felt too obtuse, and the plot points increasingly felt strained, The Swapper was a scant two hours which allowed me to forget it’s shortcomings and enjoy it for the great puzzle game it is. 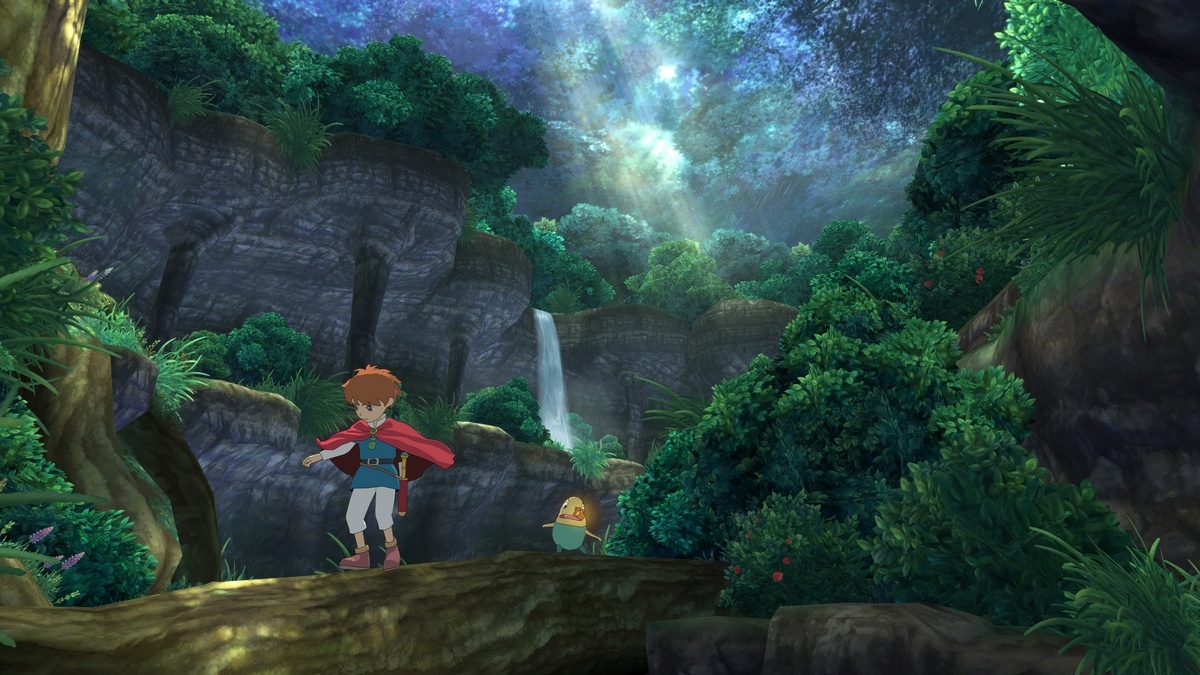 Absolutely the biggest surprise on my list of games here in 2013. If Dota 2 reminded me of what I liked about older JRPGs, then Ni No Kuni was reliving it entirely. A standard hero’s journey tale is propped up by likable side characters and a heavy dose of Studio Ghibli charm. The graphics never ceased to amaze, and really leant to the overall sense of nostalgia and whimsy any Studio Ghibli creation is known for. The real time battle system and light monster collection made for combat that in and of itself was very enjoyable. While heavy amounts of grinding is present, as well as too much melodrama and padded content, this is to be expected from this particular brand of RPG by now. I’m glad I played Ni No Kuni, but I think that I’ll be set on that particular type of game for a while. 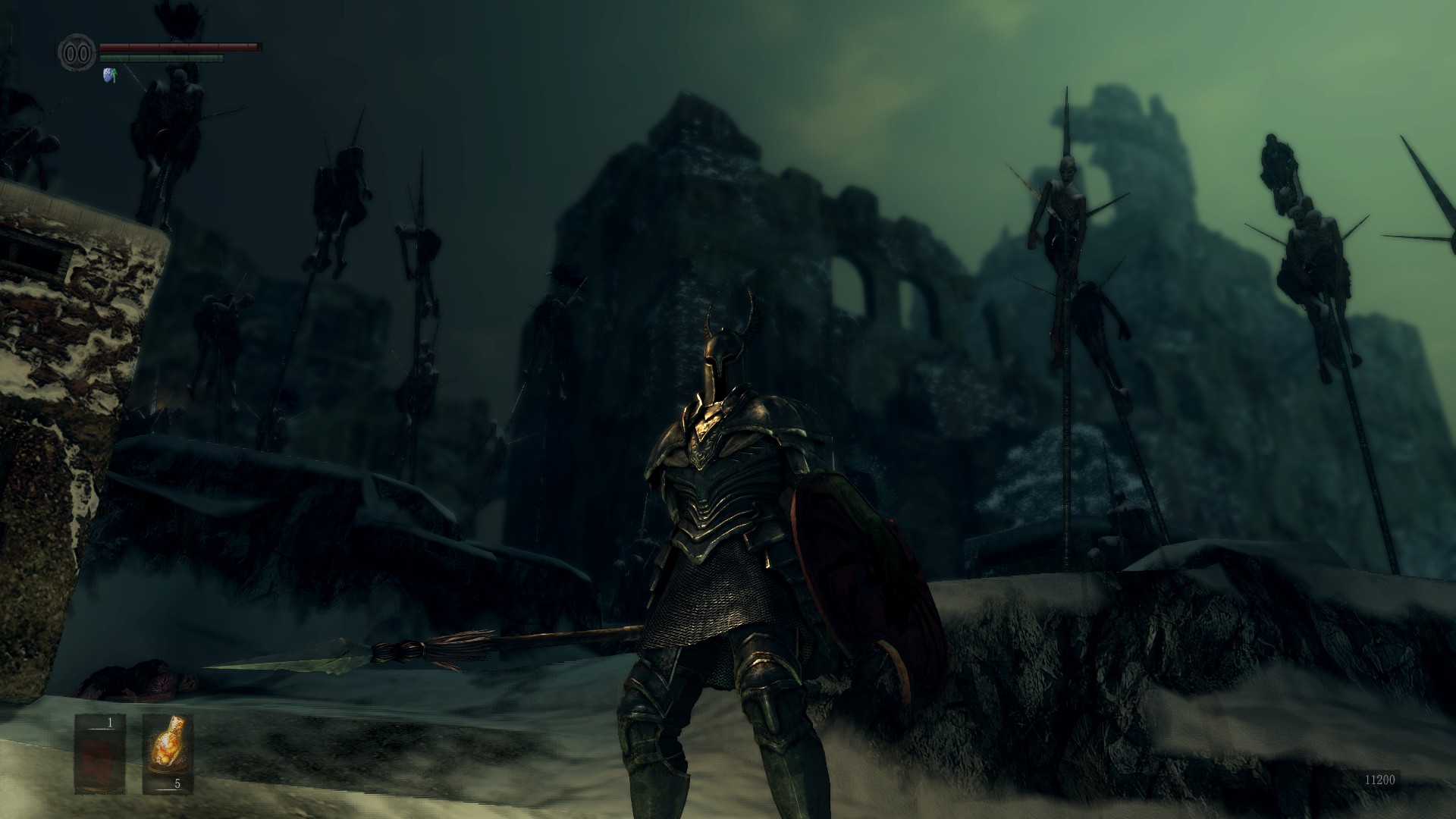 One of my crowning achievements in gaming this year was the completion of Dark Souls. With a new found appreciation for the seemingly barbaric gameplay, and an utter fascination with the world From Software has created, the release of Dark Souls 2  in 2014 is likely to be a highlight. 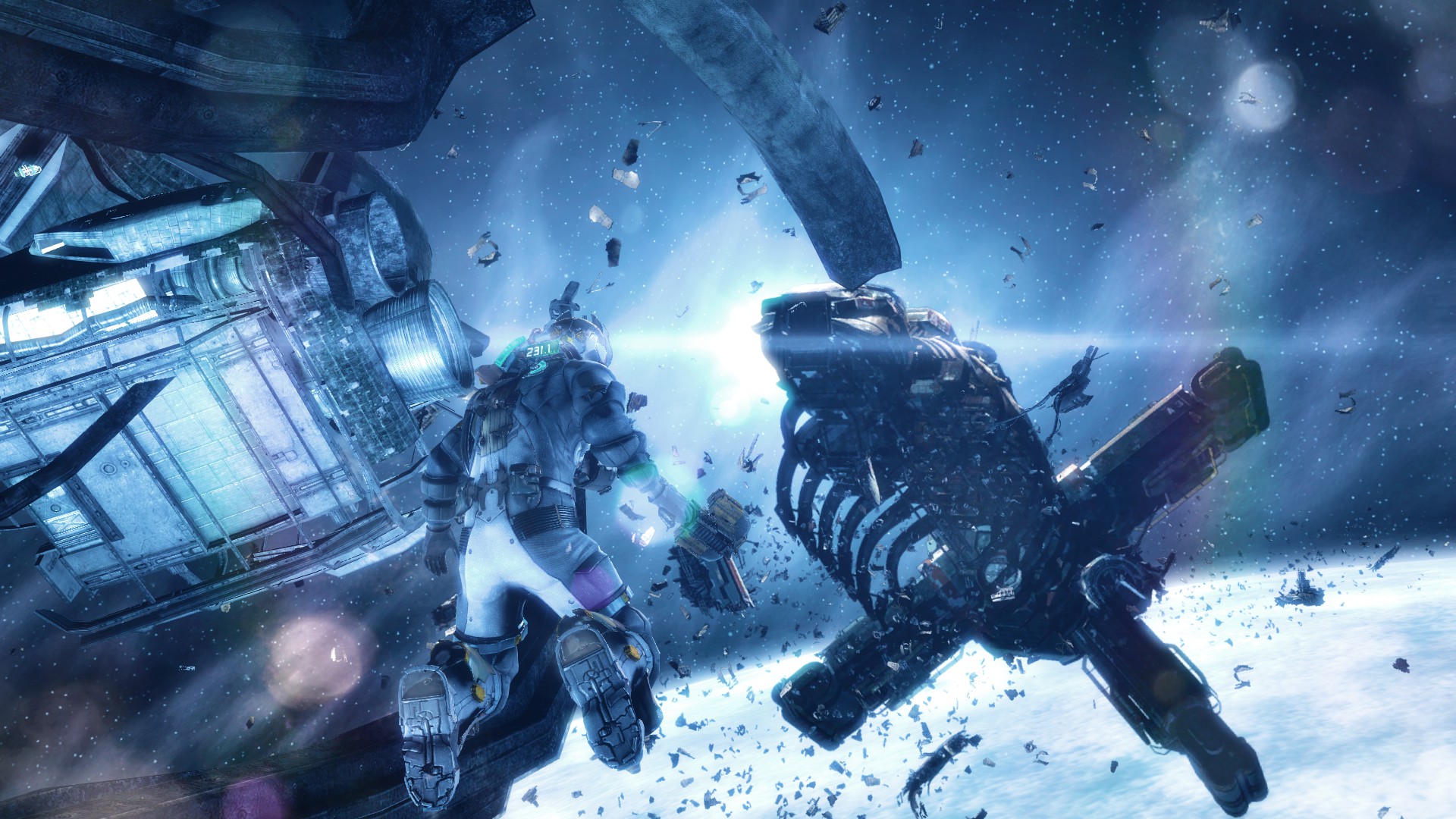 Dead Space 3 is not a good game. It is passable as an action game, and very poor as a horror one. I still enjoyed playing it, however, entirely because of the co-op mode. Highlights include crafting increasingly badass and out of place shooter weapons, floating among the beautiful space debris and stars, and laughing equally at Issac’s unearned emotional breakdowns and the bananas ending.