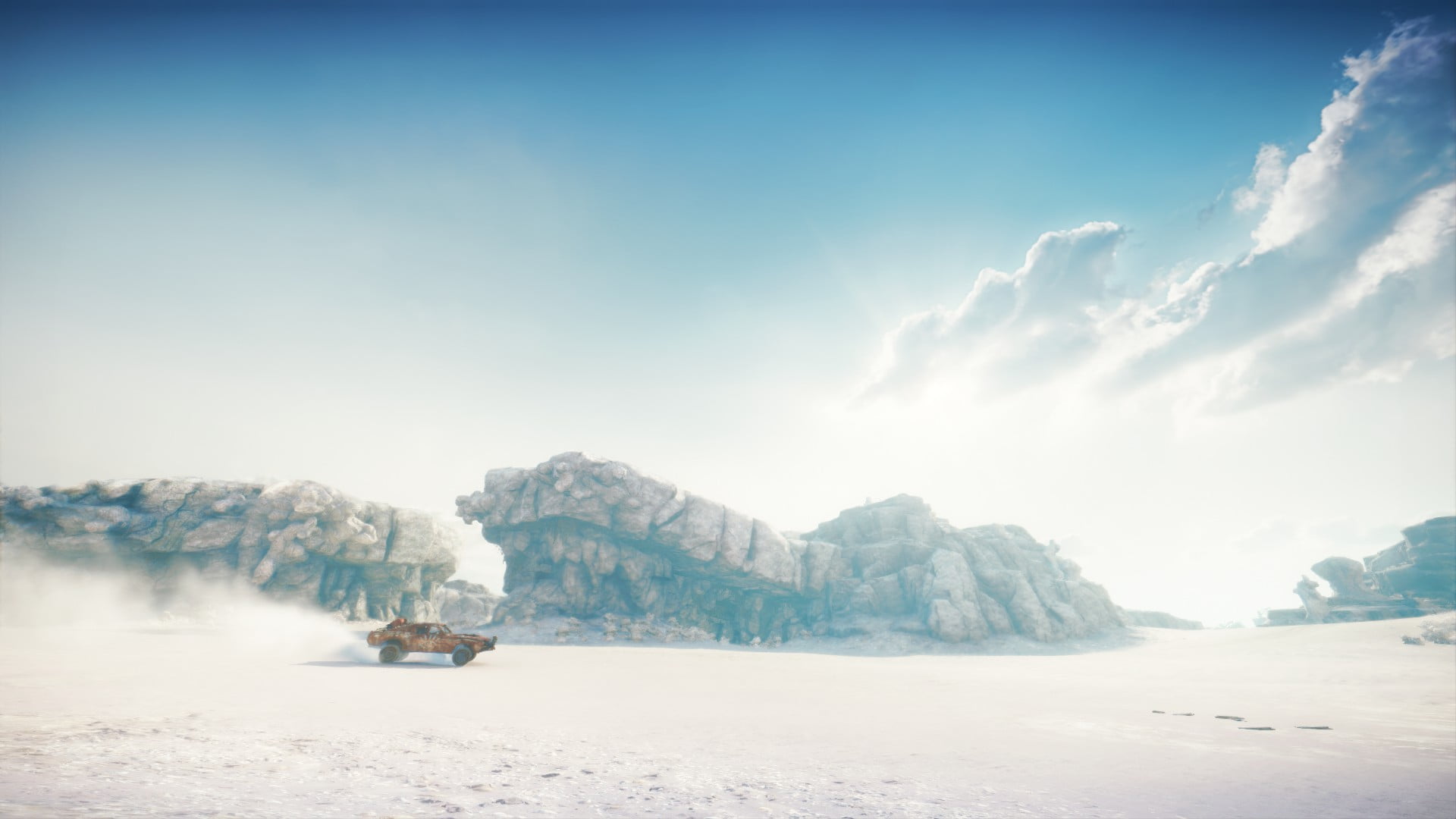 The ground zips by, alternating between crumbled blacktop and unchecked sand dunes. The deformed hunchback riding in the back of my rusted out car babbles incoherently about holy relics of chrome and greased Gods. I body check the car next to me, the rusted out nails on my rims tearing his tires to shreds. Flames shoot from the sides of the enemy, roasting my and my ride. Our collective health drops, a timer begins to count down from 5. I have to bail out. And fast. But first… Time slows to a crawl and I fire two shotgun shells directly into the opposing hot rod’s gas tank, a giant barrel sitting in what used to be a car trunk. 4 seconds now and it catches, fizzles then exploding, hurtling dozens of feet into the air tumbling end over end. 3 seconds when I begin to open my driver’s side door, bailing out now my only option. 2 seconds is when the car runs over the approaching ridge at the side of the road and begins to bounce back and forth in a swaying motion, disobeying the laws of physics and beginning to glitch. At 1 second left I escape the burning wreck only to be flung like a propeller hundreds of feet into the air as the physics continue to wreak havoc on my smoldering ride. I made my escape, and it was cinematic as hell. 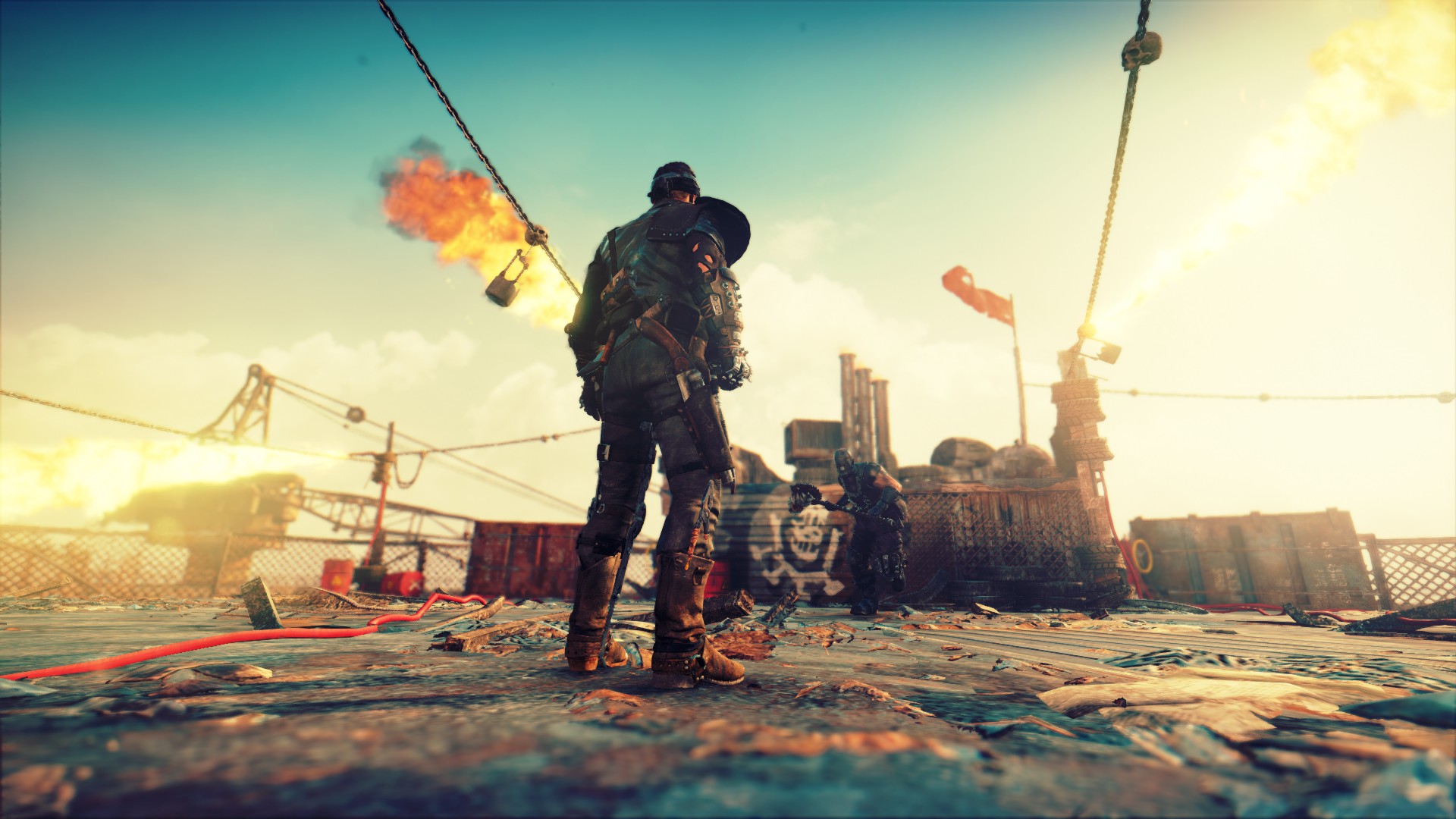 But when I finally land from my unplanned trip into orbit I die. Another rough edge in a game that is full of them.

Mad Max is a perfect example of how solid play mechanics presented with big-budget visuals make a great first impression but fail to add up to anything more than an overall mediocre experience. 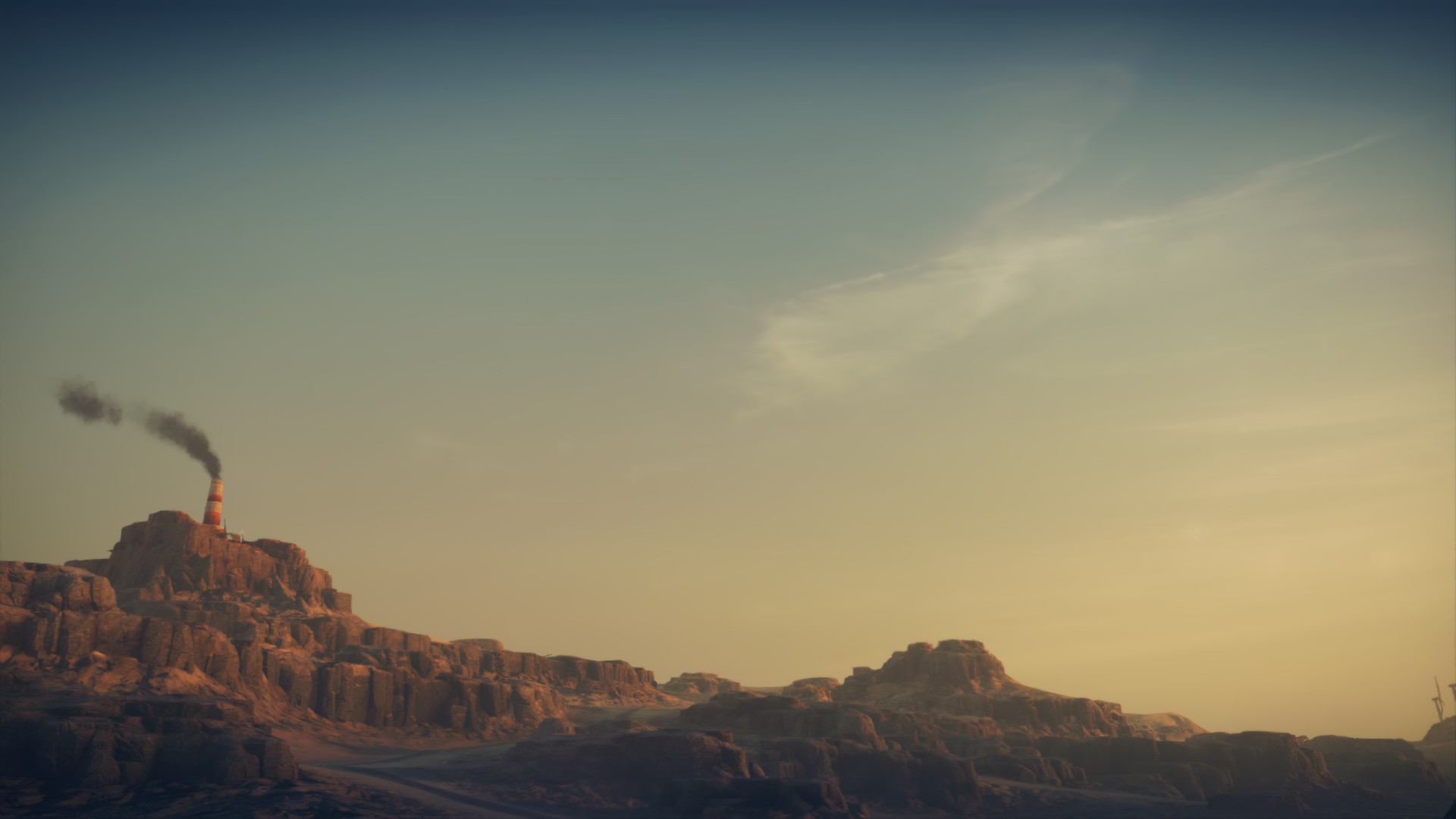 The game is simply stunning. Society has fallen allowing nature to begin to overtake the world again. The vistas are crisp and expansive, allowing for dozens of virtual miles to be viewed at most times. It wasn’t long into the game that I found out it had a built in photo mode, which I’m sure made up a significant percentage of my 24 hour play through. From depth of field and exposure to a wide range of filters, there was an incredible amount of tweaking and customization seen here that is normally saved for the more vain titles usually found in the racing genre. I guess it just goes to show that Avalanche Studios knew exactly what they had on their hands here. Max is easy on the eyes.

Car combat is exciting as well. Between customizing your car with a wide range of offensive and defensive parts and then ramming, shooting and tearing your enemies apart piece by piece, racing around aggressively through the dunes is exciting. As is on foot combat opting for Arkham Asylum style free-flowing combat complete with combos, counters and a heavy hitting “RAAAGE MOOODE!!!” It was always amusing to have enemies back off, yelling about how they could see the “Battle Rage” in my eyes. 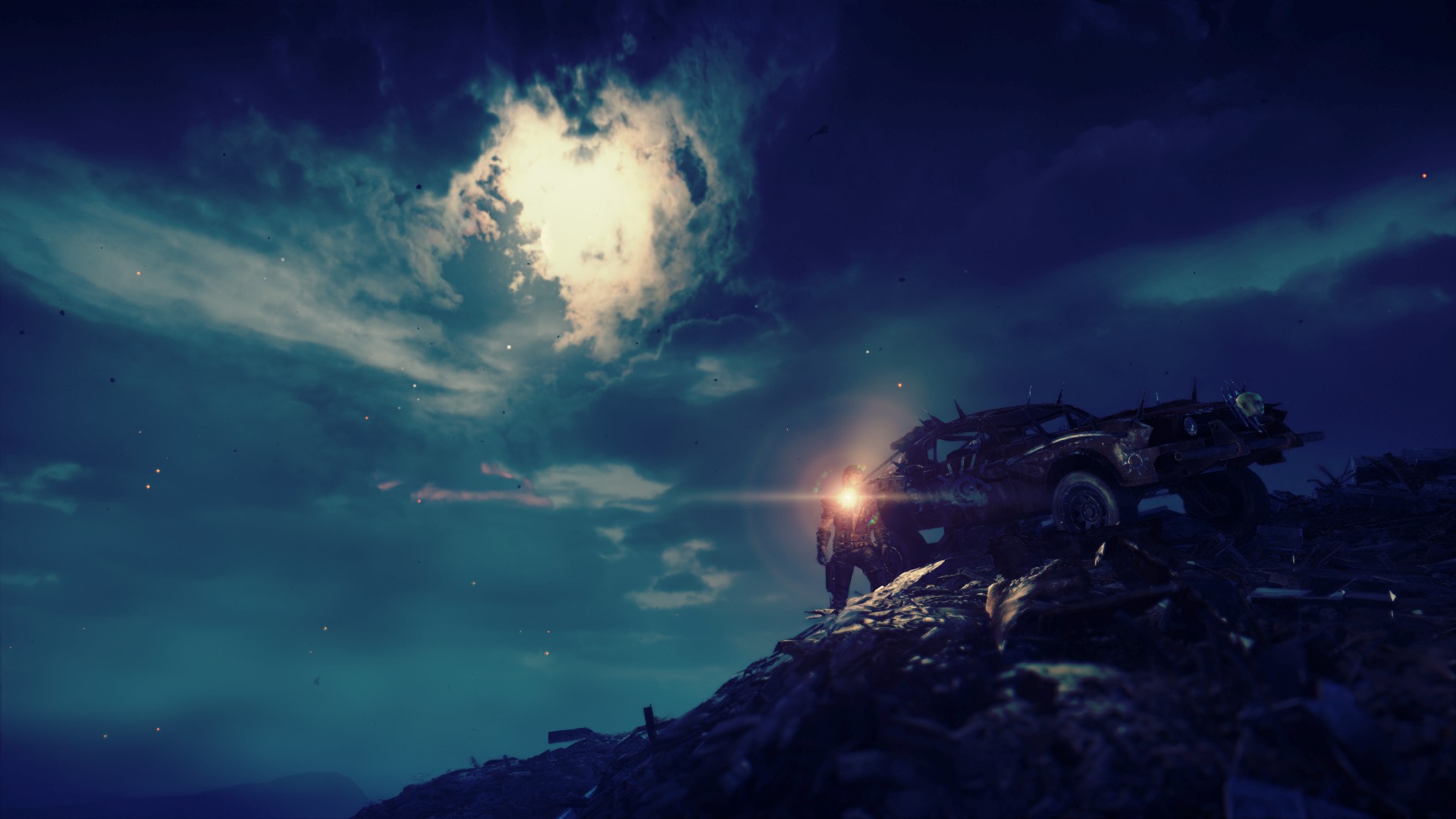 But the inbetweeny bits is where things start to falter. Bosses are not, in fact, bosses: just boss. The same one, repeated ad nauseam. The camera constantly gets lost during combat, hiding enemies that are about to attack you and require a counter. The storm mechanic in the game, where randomly occurring sand storms will happen upon you, bringing deadly lightning, gusts of wind and the chance of finding massive caches of in-game currency rolling around in the dust failed to be as impressive as it should have been. I never successfully found a shelter that protected me from the storm, random objects slamming me to the ground even when I was deep indoors. And more than half of my storms all happened during a boss fight, making surviving either foe impossible. Also, they’re WAY too loud.

The story is laughable, introducing a slew of one dimensional characters that die off like flies. And by the end, I don’t know if it’s possible for any players to not loathe this iteration of Max, a whiny and more troublesome personally, verbally abusive character that only speaks in brusque fragmented sentences. The way he treats poor deranged Chumbucket made me want to fling Max off cliffs repeatedly. Fortunately, the numerous bugs while driving around did that enough for me. More than once I was knee deep into a mission only to have something go wrong, whether it was the aforementioned physics failing completely or being trapped inside the environment after entering a drinking animation near a wall.

The little issues don’t end there, sadly. Rocketing off jumps in your car has the bad habit of turning you around 180 degrees constantly when you land, completely disrupting the awesome chase you were just in. It should also not take Max upwards of ten to fifteen seconds to walk normally again after falling five feet to the ground. Another animation that should be sped up: anything having to do with eating and drinking. Good compromise? As I level those skills up, shorten the animation. Or get rid of it altogether. Anything. Please. 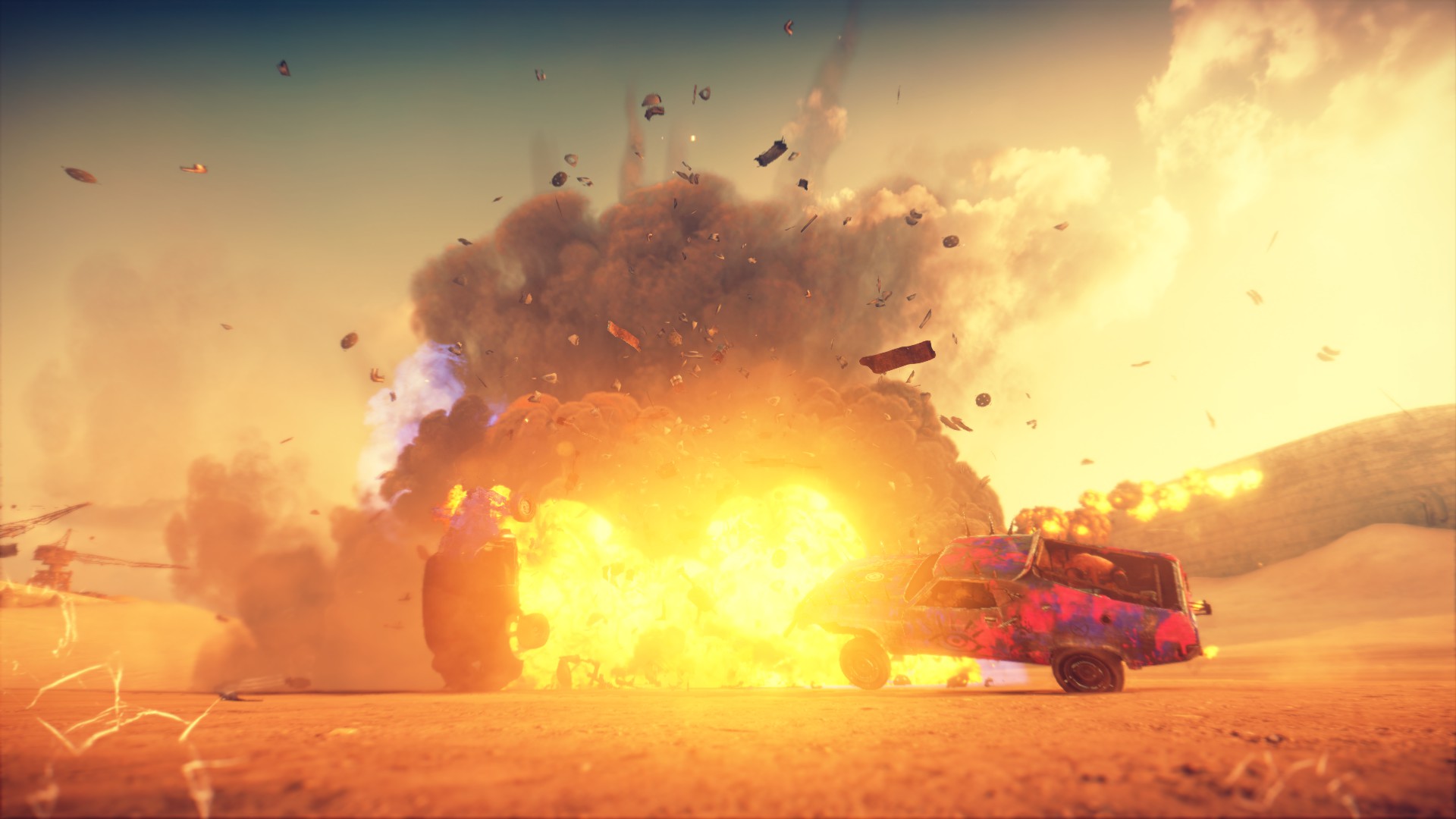 There is more I could list here. But perhaps the greatest failing of Mad Max is the fact that it just ended up being boring by the end. Unique approaches to dismantling bases, taking on hordes of enemies one against twenty and making other cars go BOOM was loads of fun.

In my growing collection of open world games that copy and paste activities to populate it’s world, I’m finding more and more that once I’ve seen the new stuff, I don’t want to repeat it thereafter. But in games like Mad Max where each successive area looks plenty different but still distills down into the same rinse and repeat loop that I had just finished, it is taking more and more compelling connective tissue to keep me engaged. And it is that very connective tissue that left Mad Max feeling rusted out and empty at it’s core.