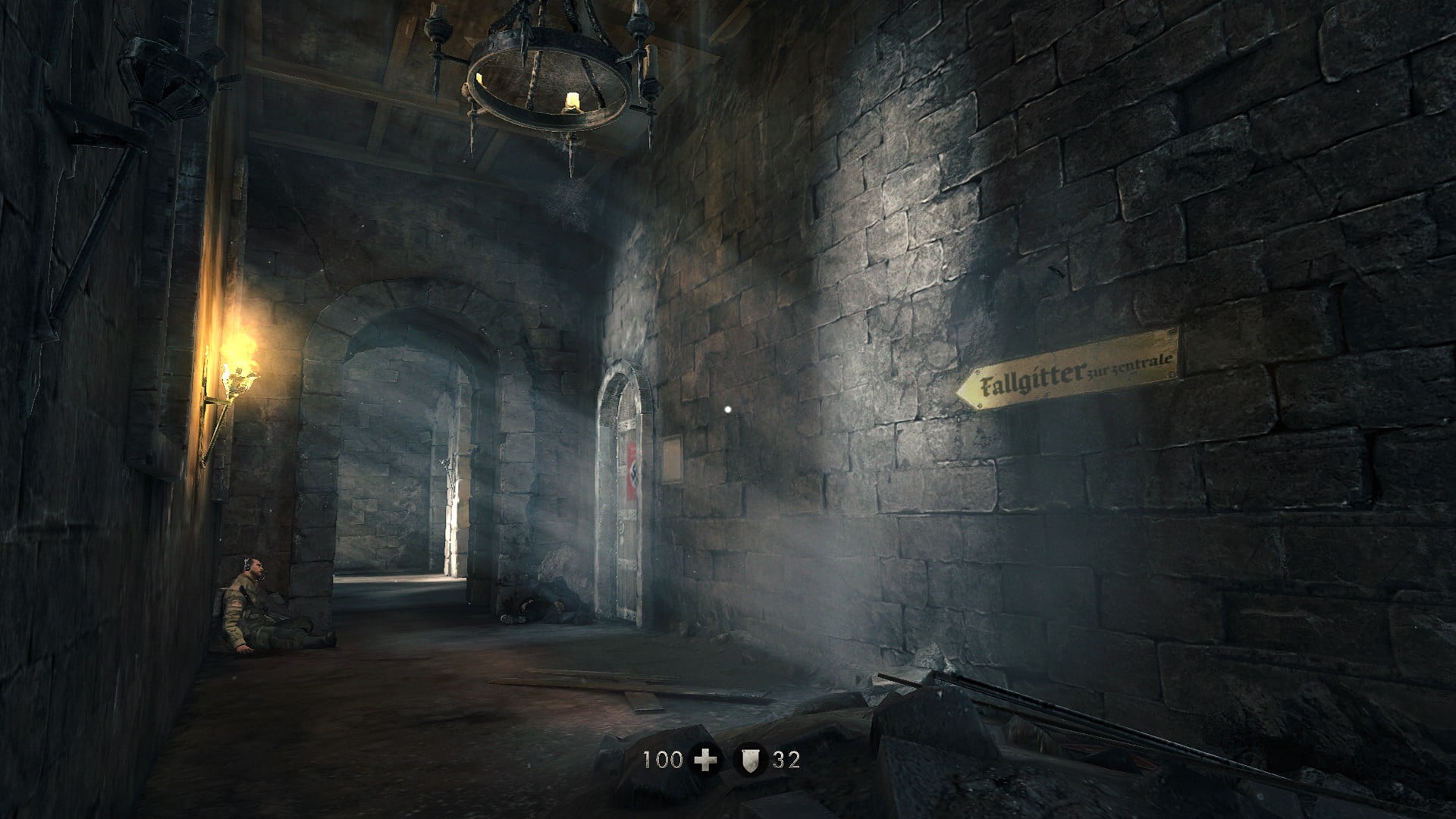 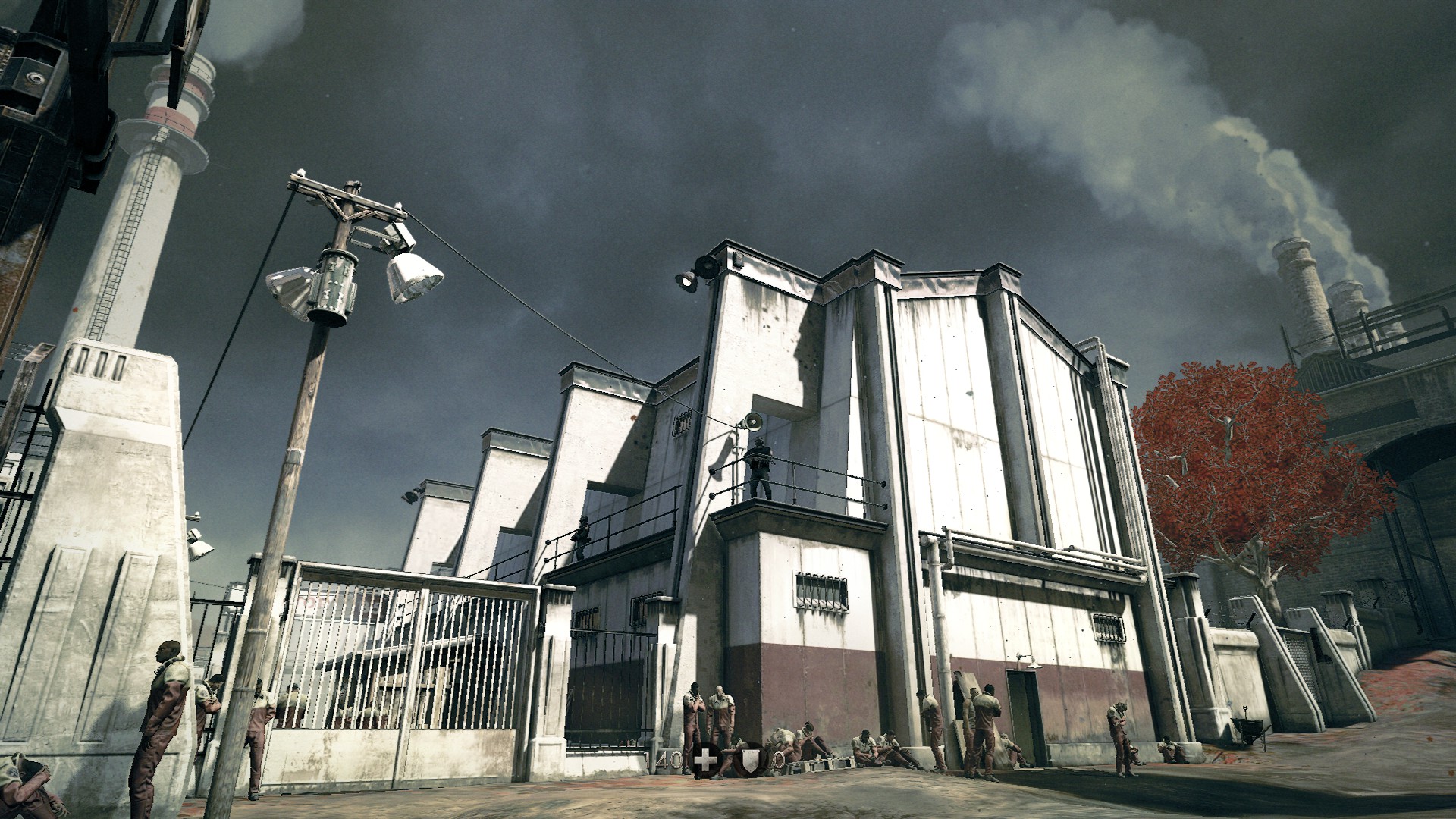 Half Life changed the potential of the first person shooter. No longer was a game limited to it’s kill count or end boss or how insane it’s take on the shotgun was. The pacing was slowed, adjusted to allow for breaks in the action, where environmental storytelling could take place. Instead of finding score-boosting gold hidden down a side path, a mini vignette was in it’s place, abstractly filling in the larger narrative. The story itself had become dynamic, such as the memorable twist in “We’ve Got Hostiles.” Level design shifted from the maze-like single stage to a more linear, flowing series of levels. The emphasis on dynamic player experience was seen as ideal over the traditional balls-to-the-wall action from years prior.

Wolfenstein: The New Order is a masterful marriage between these two disparate takes on the first person shooter. Incredibly fast paced action melds a truly touching adventure, all dressed up in that Wolfenstein veneer I just can’t seem to resist. I have long been drawn to the combination of WWII era aesthetics mixed with the vague truths of the dark experimentation the Nazis were known for. All is embellished and exaggerated on just enough to make the alternate history setting not quite as dire as it should be when ruminating on one of history’s greatest evils dominating the human race. 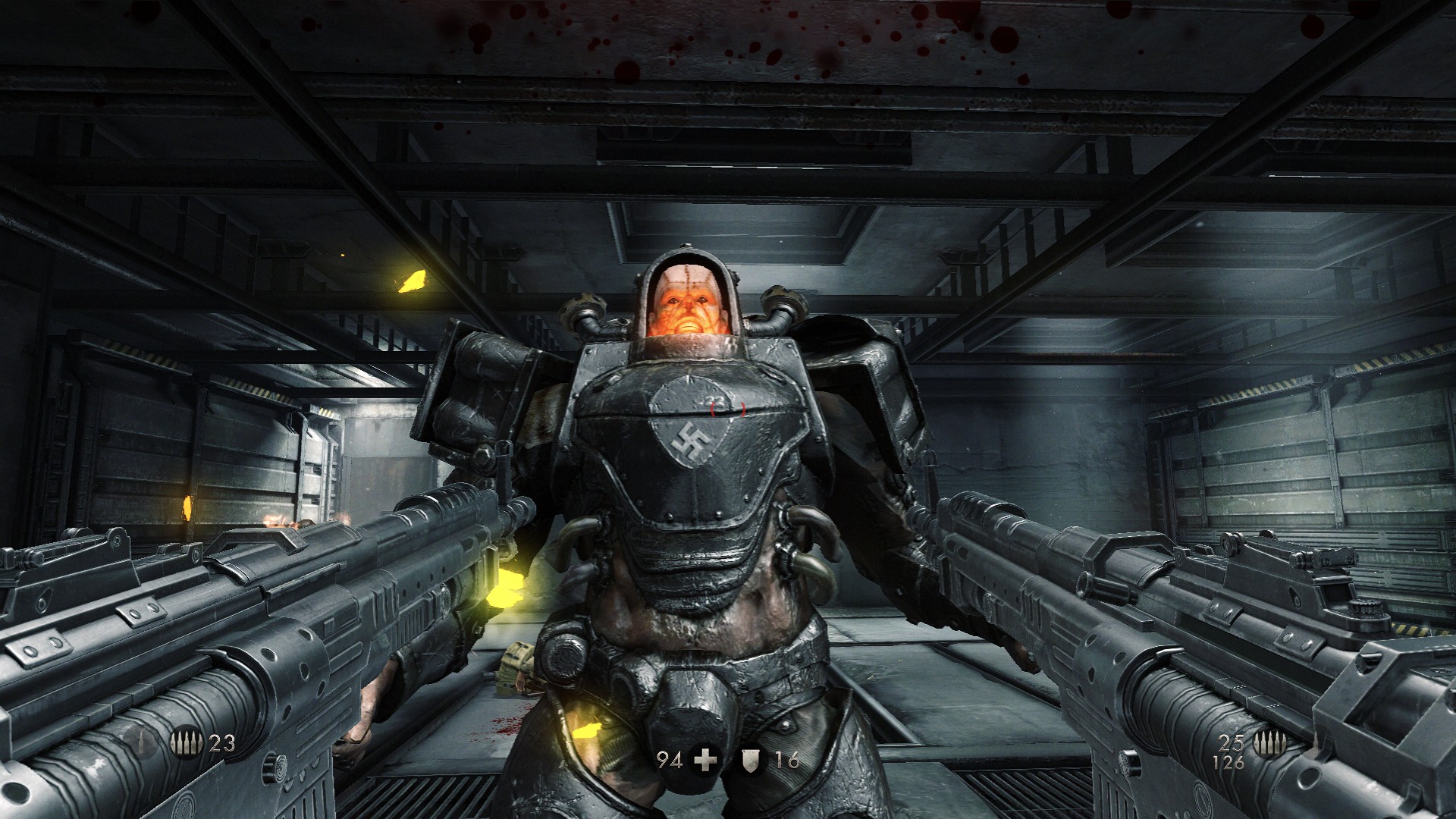 The moment to moment on display here is top notch. Dual wielding guns without the need to aim down the sights, unloading into a large group of enemies as mists of blood and environmental wreckage fill the air is endlessly satisfying. Emptying weapon after weapon while moving through the environment at a full on sprint is a completely viable way to play this game. A return to health pickups being hidden throughout creates feast or famine situations that bring their own tense dynamic not seen since the heyday of the run and gun shooter. And, quite possibly a favorite of mine, secret areas make a triumphant return, often hiding Nazi treasure, advanced weaponry or even a small bit of story.

While the spirit of the gameplay feels like a throwback, it is surrounded by all the best that years of advancements in design have brought to the genre. Levels may start with a prolonged stealth sequence, moving from guard to guard in the hopes of sliding your knife firmly into the neck of a commander. Various ammo types allow for more options when engaging enemies. A simple upgrade tree smartly unlocks talents geared towards how you are naturally playing the game, but can serve as an incentive to try different approaches as well. 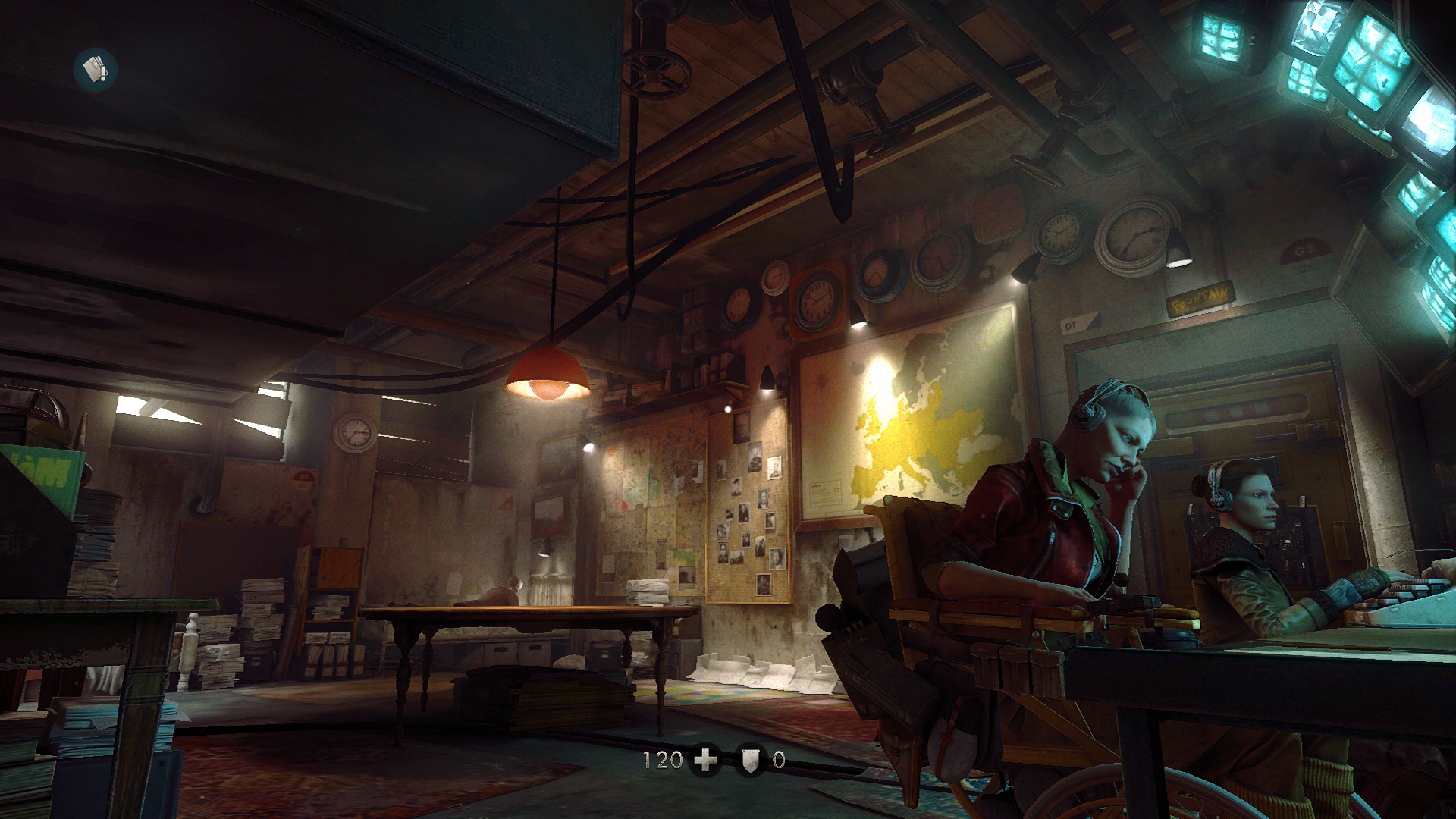 It is in the pacing and story of The New Order where Wolfenstein receives it’s greatest overhaul. BJ Blazkowicz is still the singular hero, a lone man going against all the baddies of the world. But this time around, he takes the time to stop and explore the world he inhabits. The characters that surround him provide some depth to his black and white world. The members of the resistance that accompany BJ for a good portion of the game are all heroic but flawed, each grasping to a shred of hope in a world where the Nazis unequivocally won. Their hopes lie, unsurprisingly, in the one man who’s entire existence has been to kill Nazis. While it can create a bit of a schism when soft spoken words of encouragement are given moments after returning from the mass slaughter of hundreds, creator Machine Game’s smart usage of story sequences in conjunction with the gameplay itself reminds us that BJ is trying to help the only way that he knows how. The inclusion of his love interest Anya solidifies his motivation, and their scenes together, coupled with the stellar soundtrack and voicework, were beautifully understated and sweet. 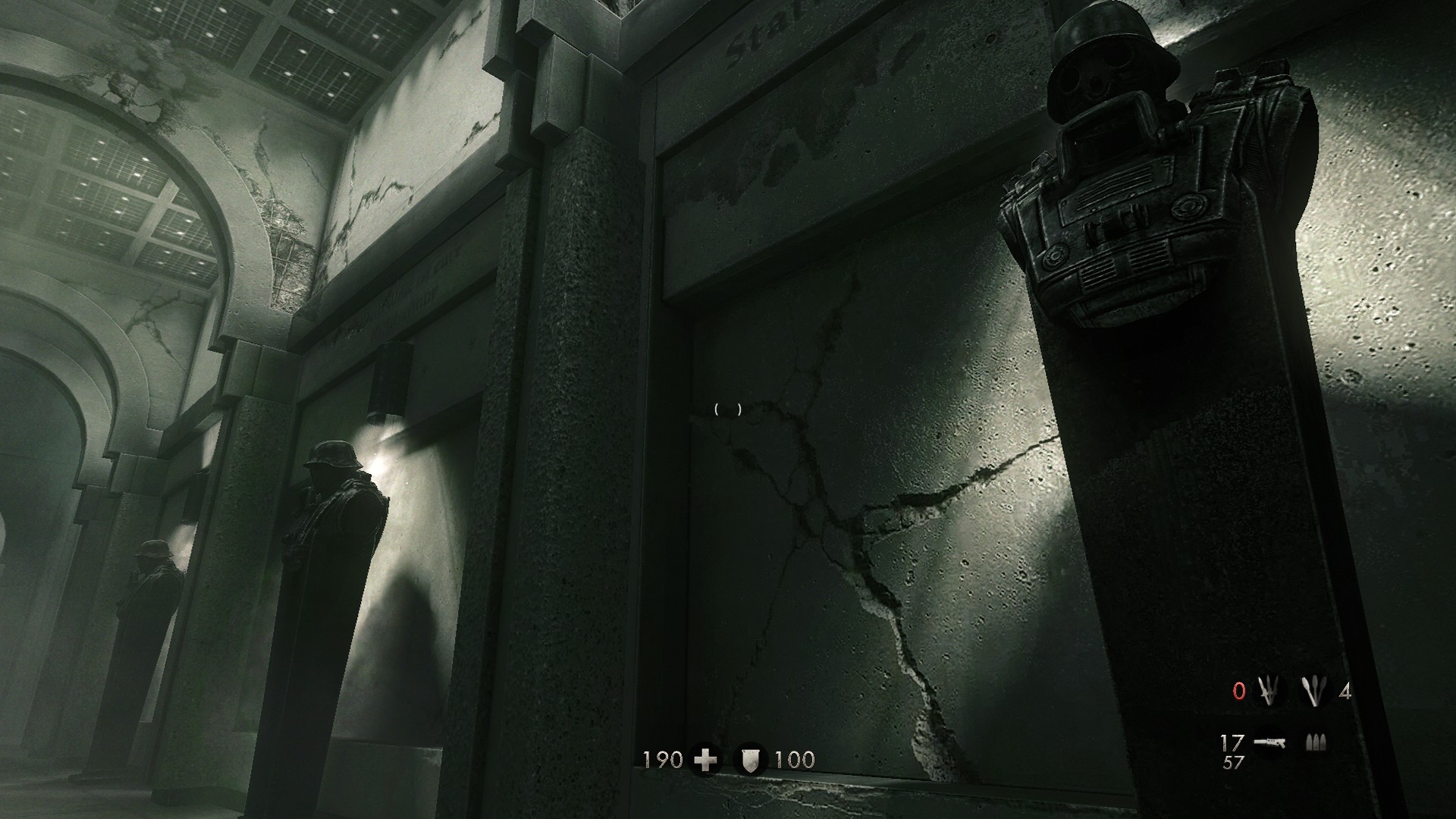 Wolfenstein: The New Order is simply a marvel. Two of my favorite ways to enjoy first person experiences were successfully combined into a cohesive whole, resulting in a fast paced yet contemplative adventure.