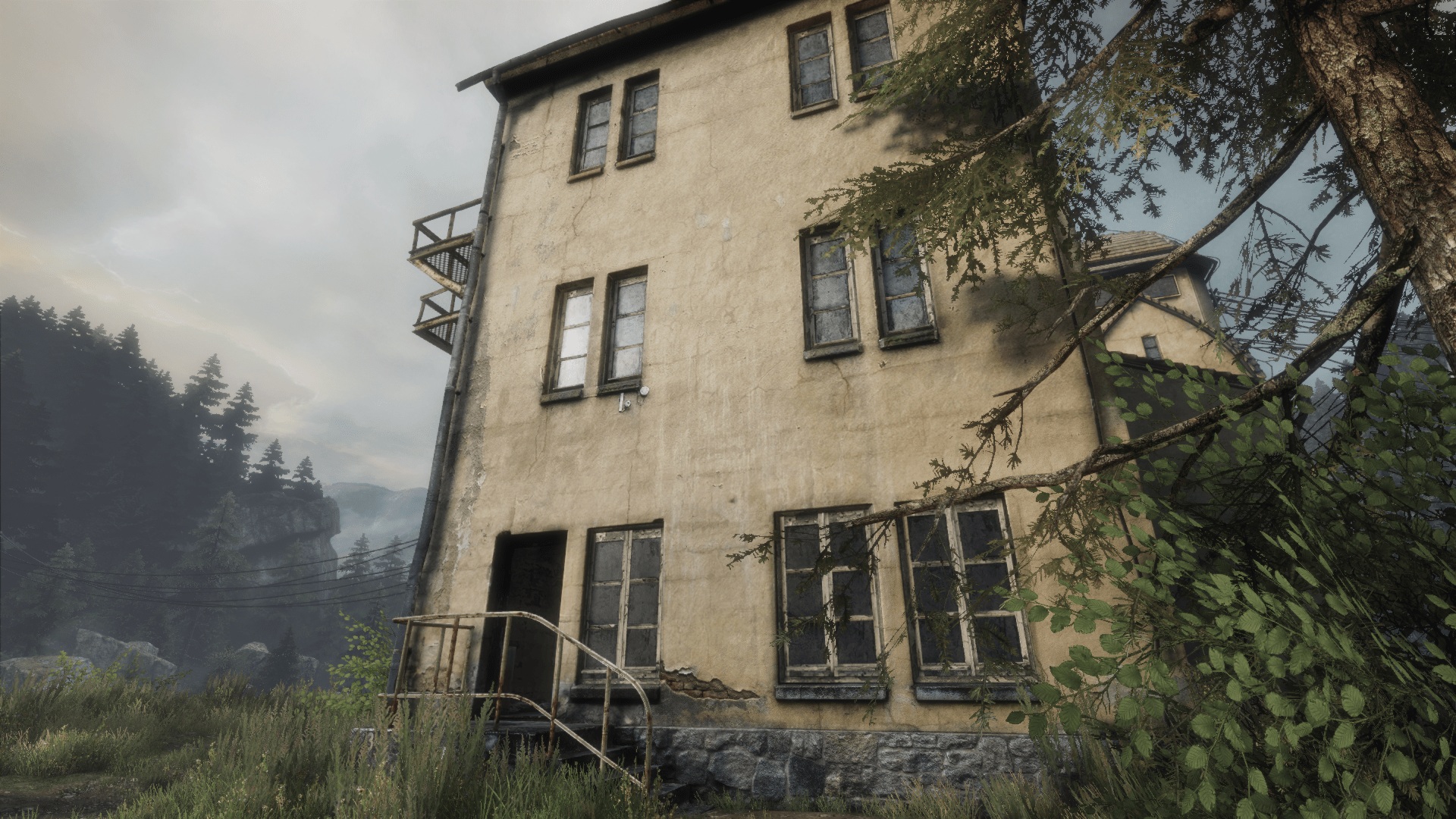 The Vanishing of Ethan Carter is one of the more visually impressive games I have played. It would have to be, as the engrossing world is the main reason to play the game. The stunning visuals, lack of almost any user interface and subtle soundscape really lend themselves to the overall experiential narrative. 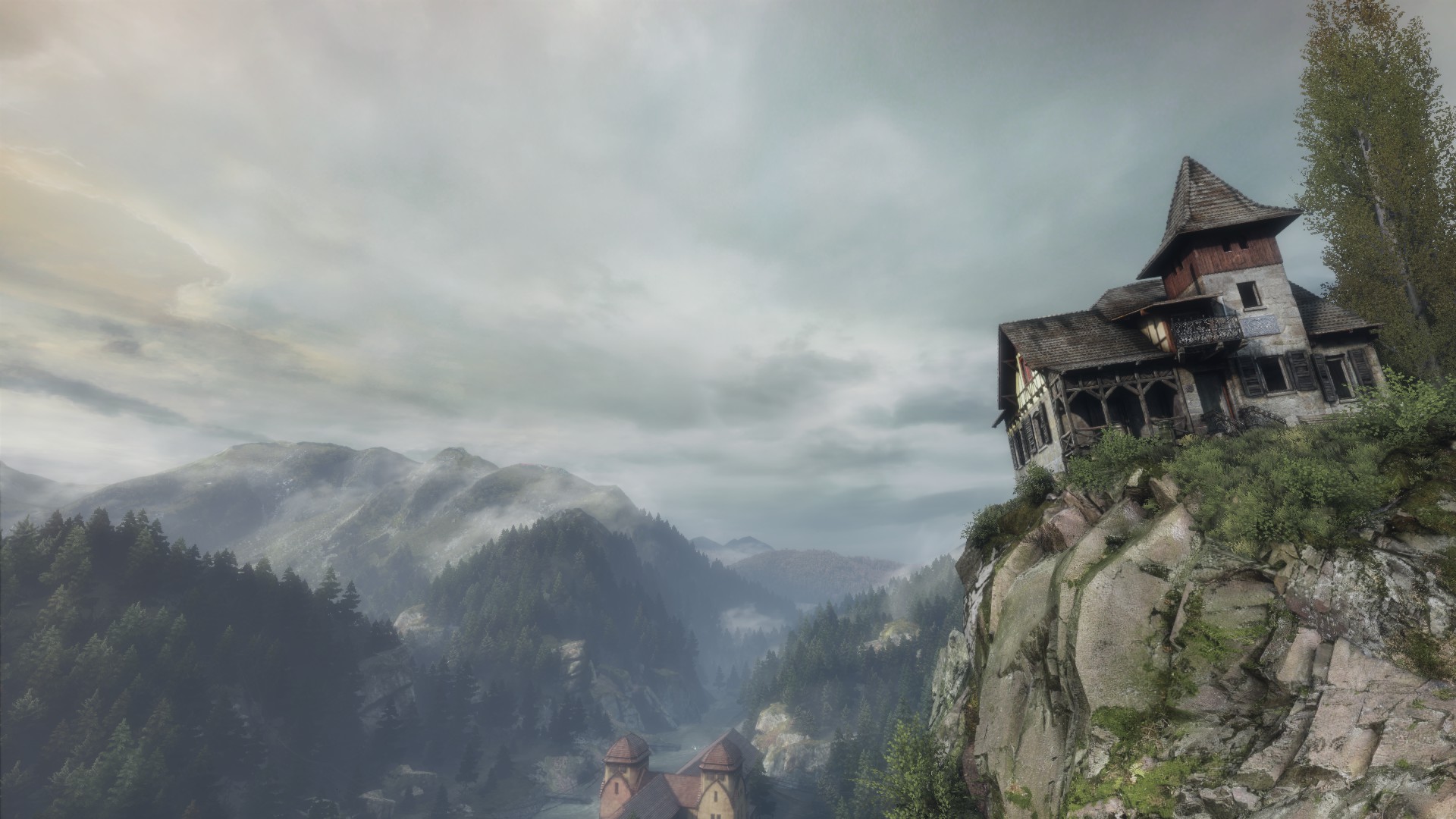 And it is the experience of playing Ethan Carter where the game finds itself most successful. Presented as a first person “exploration” game primarily (with light adventure game elements thrown in for good measure), Ethan Carter seems as if it was created primarily with this strength in mind. The majority of the game is spent wandering through the lush landscape. The forests are foreboding yet beautiful, while interiors are ominous even when being explored in full daylight. This game has some of the most convincing rock formations, which is no small feat.Textures are of such a high quality, the only other input besides a ‘use’ mouse button is the ‘zoom’ one. This allows for close inspection of not only the printing on signs, machinery, letters, and notes, but for closer observation of landmarks off in the distance. Often I found myself surveying the horizon, spying for a waterfall or building that would soon be picked over. The music compliments the actions on screen, changing slightly as you approach certain situations or areas in the world. The team at The Astronauts have composed a very convincing Appalachia to explore, and it is a joy. 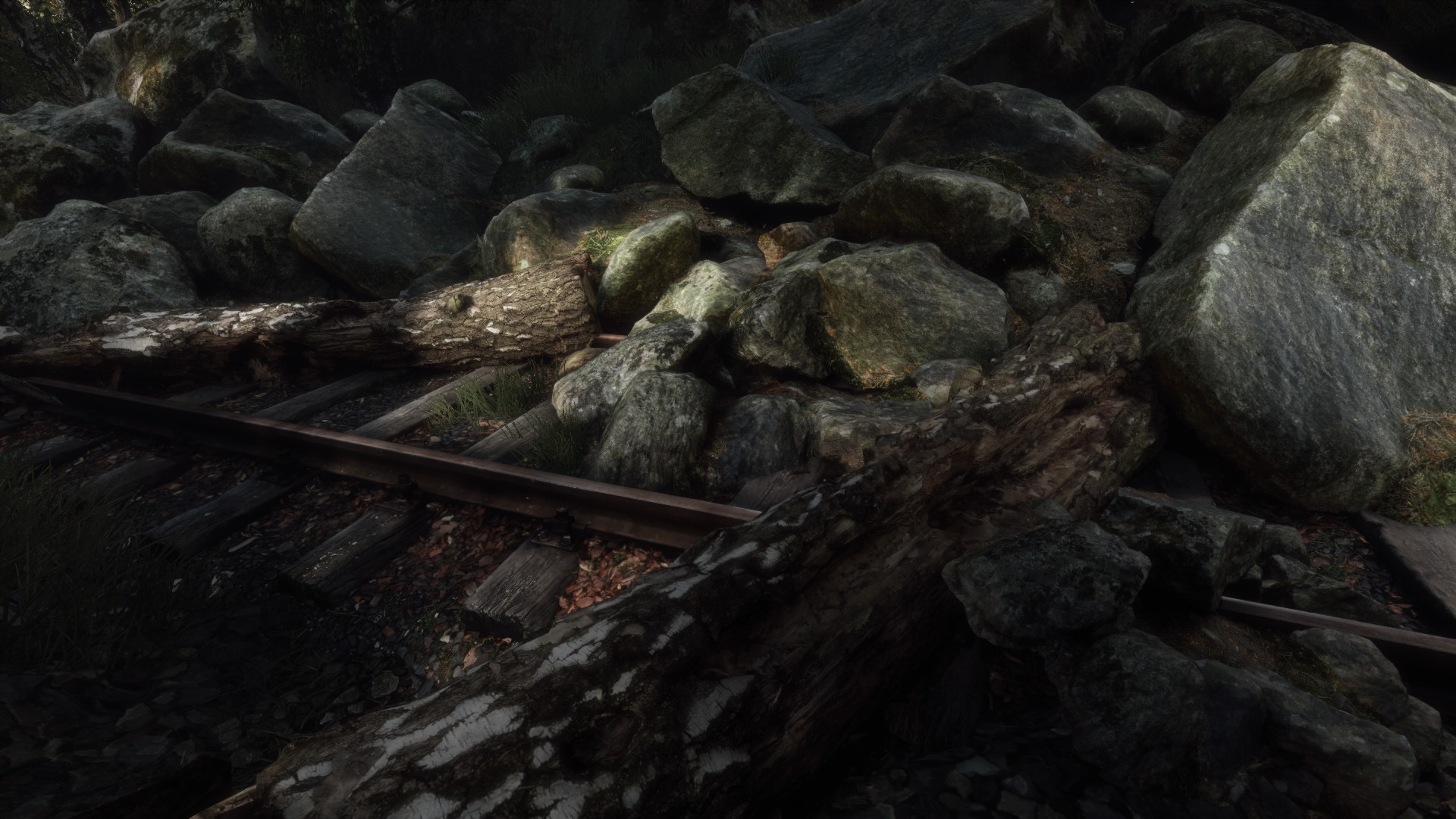 The gameplay bits added to compliment the exploration unfortunately fail to do so. Pixel hunting has returned from the adventure gaming grave. As amusing as it was to realize the visual fidelity of the game was so high it caused key story objects that were needed to disappear into the forest clutter (I’m looking at you, bloodied rock…). Often you knew exactly the item you needed, but had no idea where it was. Narrative hints that float near observable clues help to provide a story frame of reference, but the resulting mini-game of “arrange the crime scene” was fun at first, but far too often felt obtuse when being logically arranged. This resulted in more time spent arranging outlined, numbered maquettes than receiving any information useful to the story itself.

I understand the pacing and narrative reasons to have these elements added, but the open nature of the game feels thwarted when the player is no longer setting the pace, opting instead to stay in a confined area until a puzzle is solved, only to be rewarded with a cutscene in which control is taken away from you. Thankfully, these moments are not enough to detract from the overall success of Ethan Carter. The brisk pace with which the game progresses, even when going quite leisurely as I did, ensures they remain minor nuisances. 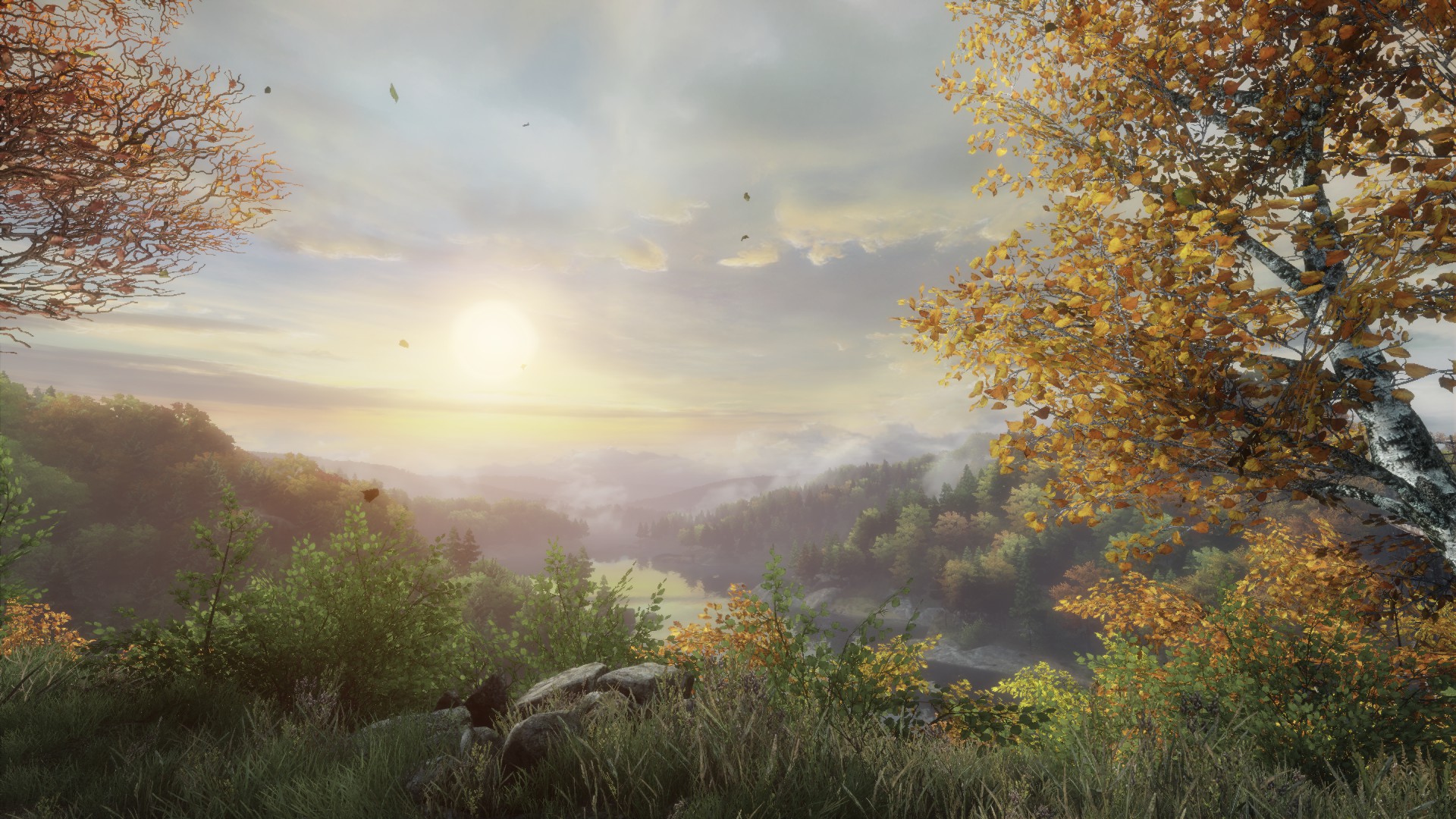 The story itself is mostly enjoyable, with supernatural twists and intrigue that kept me guessing as to what was truly happening. Fleeting glimpses of Clive Barker’s Undying‘s dysfunctional family harboring dark secrets left me wishing they were used to a greater effect. Fortunately, there were more than a few shocking and disturbing events that stayed with me for a while after. For almost the entirety of the four-plus hour adventure, The Vanishing of Ethan Carter managed to grab hold of me tightly, and bring me further and further into it’s quiet, disturbing, and beautiful world.