By IanMay 16, 2016Adventures in MSPaint
No Comments 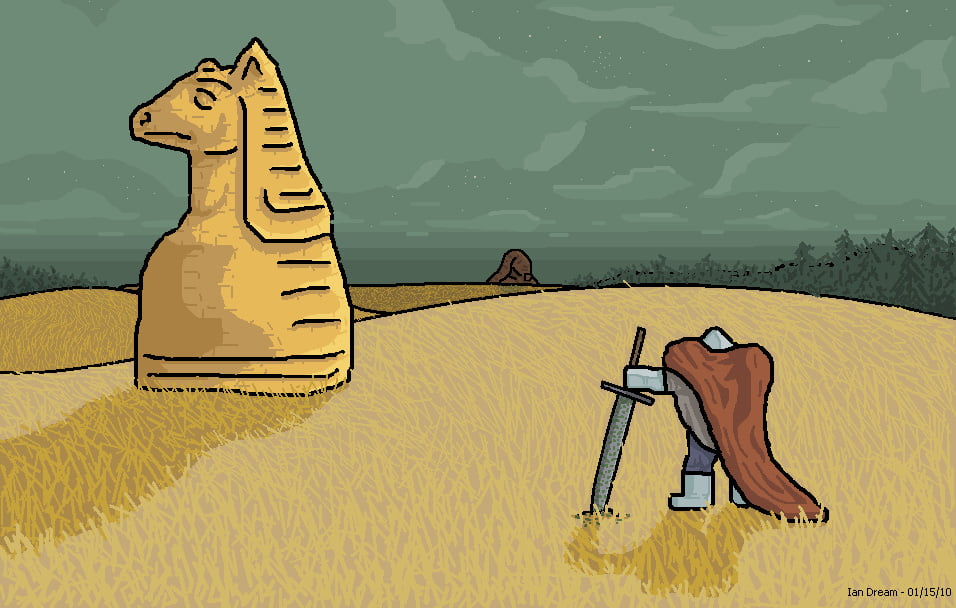 Had a brief period of time where I had some pretty silly dreams. I’d wake up and put them down into Paint, immortalizing them in the process. This first one was of a heavily armored knight in a dying wheat field, surrounded by giant stone statues. It was very ominous feeling. 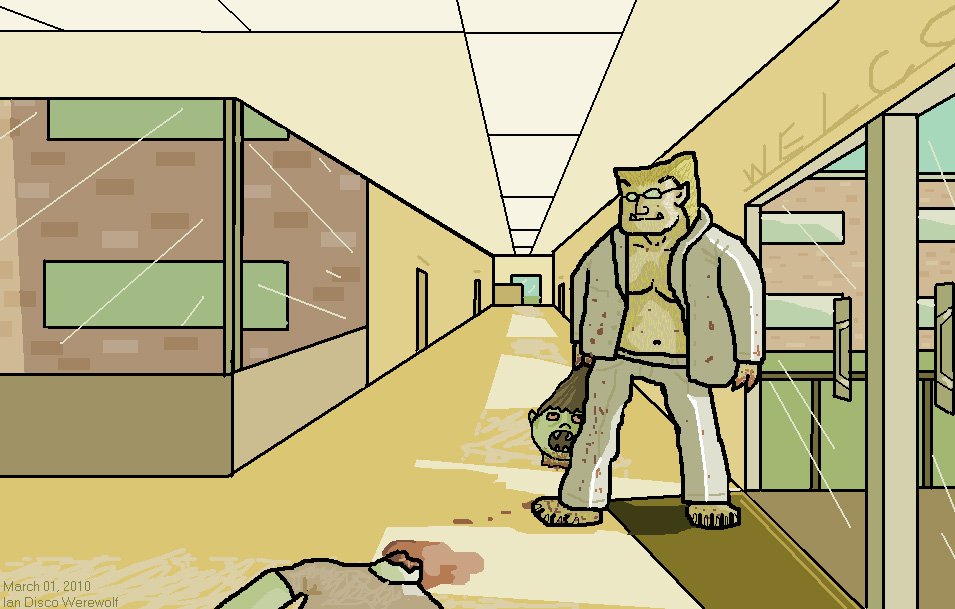 Here is one where I was a werewolf in a disco outfit. I fought vampires in my old elementary school. It was rad. 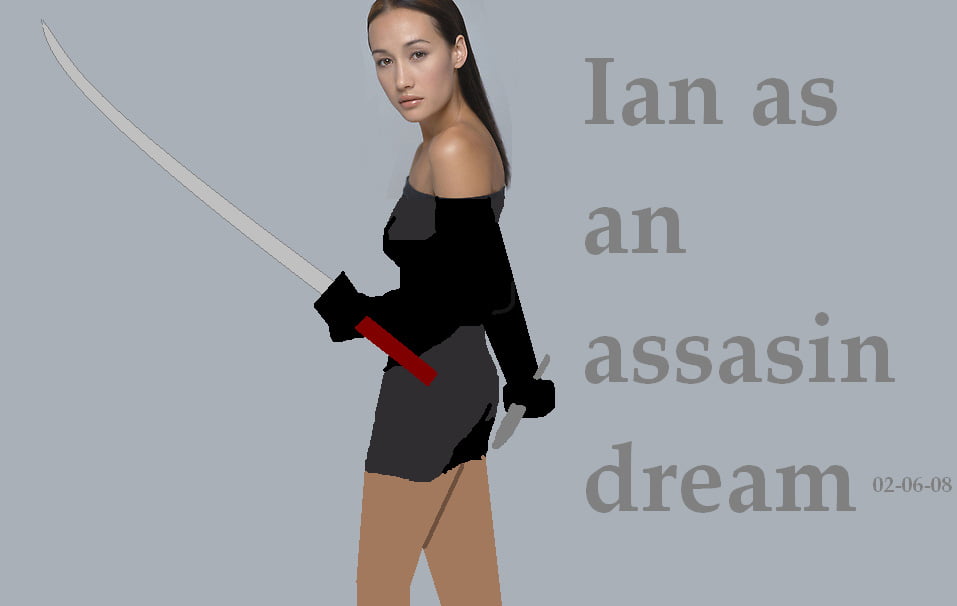 In this dream I was Maggie Q, master assassin. I vaguely remember most of the dream taking place in a elaborate maze where I was jumping out in my svelte feminine body and stabbing people in the back.

This triptych shows the three acts of my dream. The first was of these giant, Oreo-looking flying saucers that were invading,their cores containing swirling vortexes.

The next panel shows the escape at night, green tube-like dragon ships blasting unsuspecting humans as they fled.

The final panel shows the shadowy invading aliens, their weapon some sort of canon that shot  plasma pools that would dissolve humans instantly into pink glowing goo. 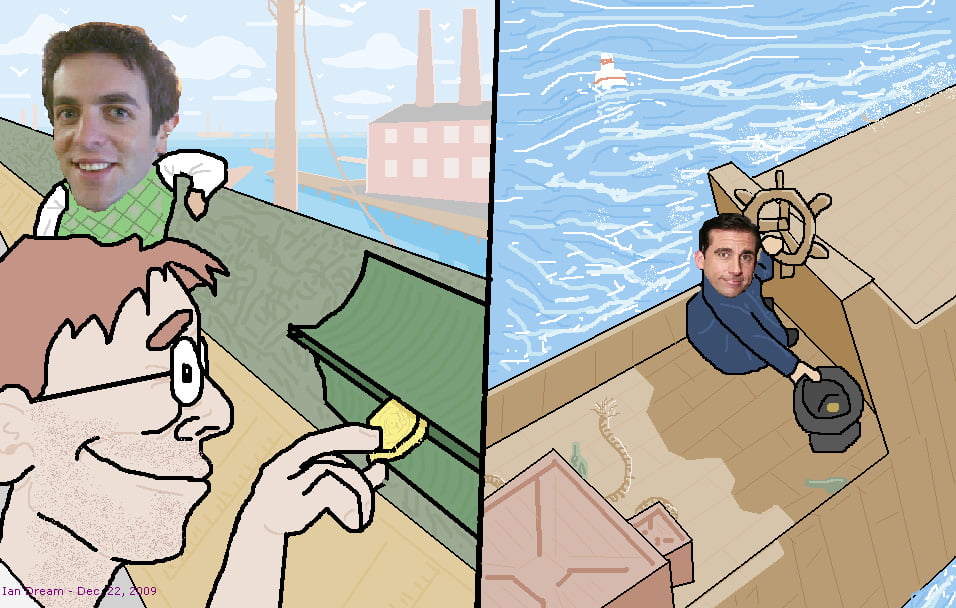 My final dream took place in a bustling victorian pier. I was hanging out with Ryan from The Office. He was insistent that I send a shiny gold coin through a mail slot for luck. When I did, it fell to a passing boat below, directly into Michael Scott’s open top hat. He gave me a smile, a nod, and made his way out to sea.

I have no idea what any of these mean.